Pure and as good as new!

Bring a Trailer placed a 1994 Toyota Supra in mint condition with 7,111 miles on the auction block. A bidding war erupted instantly.

Images of the new Toyota Supra have been leaked already and boy, it looks gorgeous. But if you still prefer to go old-school and love to own a previous generation A80 Supra, here’s is the golden opportunity. Bring a Trailer has got one from 1994 on the auction block. But it’s not going to be easy to win this bidding war.

There are only a few more hours left and the current bid stands at $90,000. That’s the highest amount ever associated with a used A80 Supra unless it was driven by Paul Walker in The Fast and the Furious. That one had fetched $185,000 in 2015. 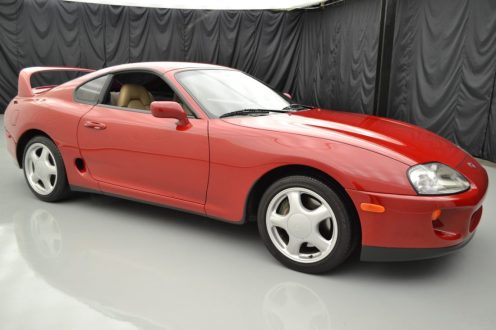 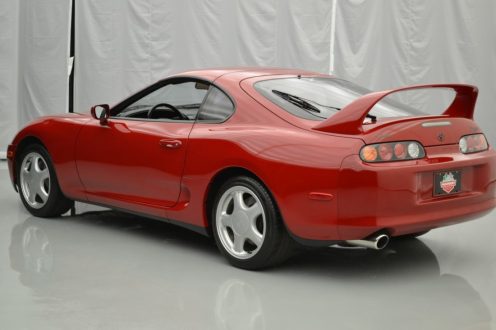 However, you are looking at an A80 Supra which boasts of an accident-free history, unmodified status, and a  4-digit odometer reading, look no further. Unlike some of the recent examples which fetched anything between $50k and $80k, this Toyota Supra hasn’t been modified or driven hard in any manner. As cliched as it may sound, this one is pure.

The odometer shows a reading of 7,111 miles. The tan leather interior is still fresh. The Toyota CD/cassette stereo head unit still works. The 17-inch alloys and the Renaissance Red paint on the body have got the all-new sheen which one would expect from a car that just rolled out of the factory floor. Heck, even the tires are from 1994. Basically, it’s a time capsule.

A twin-turbocharged 3.0-liter 2JZ-GTE inline-6 mated to a 6-speed Getrag V160 gearbox can be seen under the hood. An impressive power output of 320 hp and maximum torque of 315 lb-ft will let you have a lot of fun even today.

For more details jump to the featured page on Bring a Trailer through the link below.