It was the 2019 Geneva Motor Show when Bugatti revealed to the world one of the most expensive one-offs every built – La Voiture Noire. It was just a design concept back then. Now though, the first prototype is ready.

For the first time since its unveiling, the La Voiture Noire has been spotted at a Bugatti R&D facility. The car looks exactly like the show car, except if you look closely, you will notice a slightly different engine cover. While the show car had two horizontal slots just below the roof, the prototype seems to have a pair slots just above the rear spoiler as well. Otherwise, the striking LED tail lamps are similar to the concept. 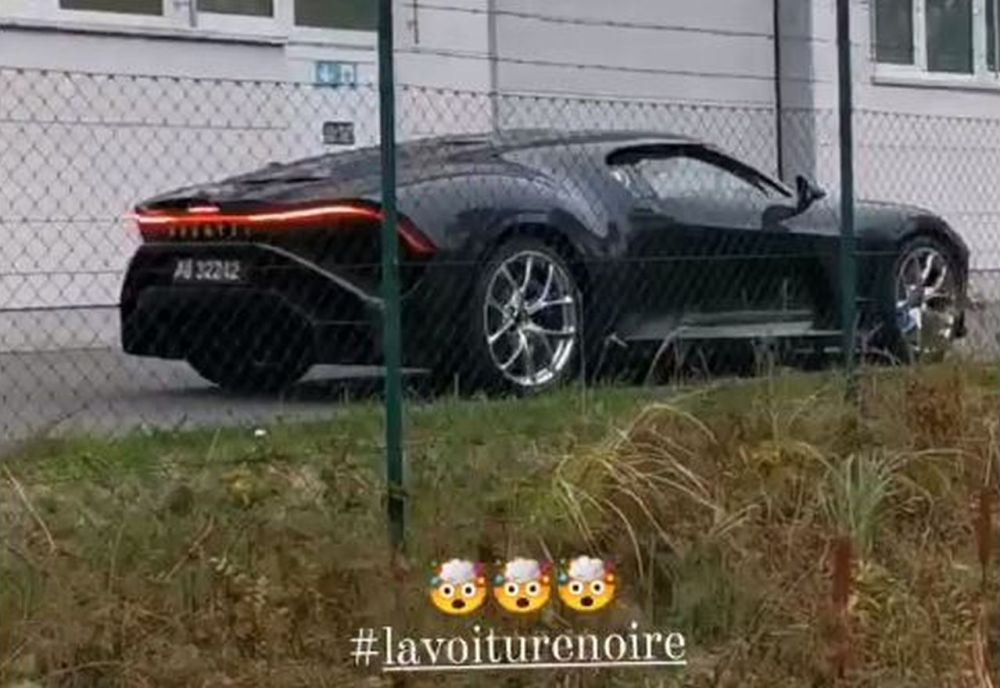 Unfortunately, the images don’t reveal the exhaust setup on the prototype. I’m sure you know why we’re interested in that. The concept car had a bank of 6 exhausts arranged above the rear diffuser. We hope to see the same on the actual road car.

According to a source, this isn’t the final prototype. Therefore, you will be able to spot a few parts borrowed from the Chiron. The wheels being one of them.

La Voiture Noire was conceived as a tribute to Jean Bugatti’s Type 57SC Atlantic. The car is powered by the same 16-cylinder engine that powers the Chiron. The 8-liter W16 develops 1,500 hp and 1180 lb-ft of torque.