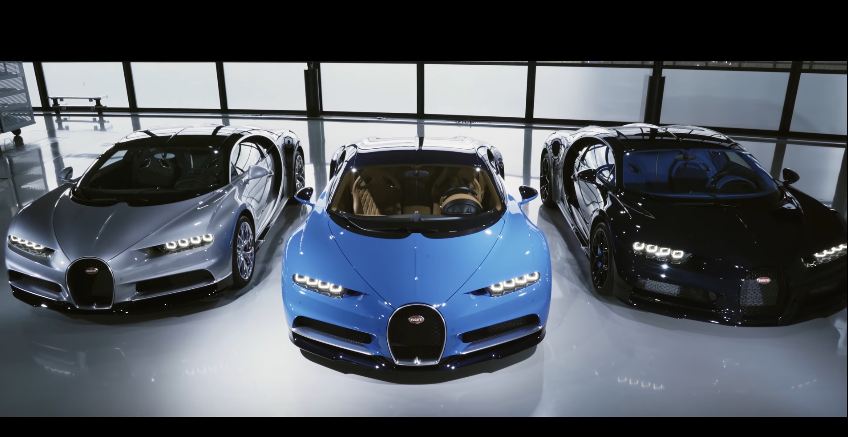 The birthplace of Bugatti is abuzz with activity as the first Chiron customer cars are being built. In fact, this week the doors of the “Atelier” in Molsheim were opened for the first customer Chirons.

These will soon be delivered to their respective owners in Europe and Middle East. Each of these $2.5 million dollar masterpieces are unique. Among the first ones is a mono-tone blue and two dual-tone Chirons. One of them is finished in launch colors, while the other sports a dual-tone combination of silver and blue.

The Chiron made its official debut at the 2016 Geneva Motor Show. Since its launch, the supercar has undergone intense testing in harshest of conditions. It was only recently that Bugatti began production of the first customer cars at their Molsheim facility.

The replacement to the Veyron packs an 8.0-liter W16 engine that is hand built. The whole car is built by a handful of people over the course of weeks. A finished Chiron doesn’t leave the factory before being thoroughly put to test. Only when it satisfies Bugatti’s strict quality guidelines that it’s cleared for delivery.

The following video shows the assembly line of the Chiron. Watch as the first Chiron customer cars come to life.