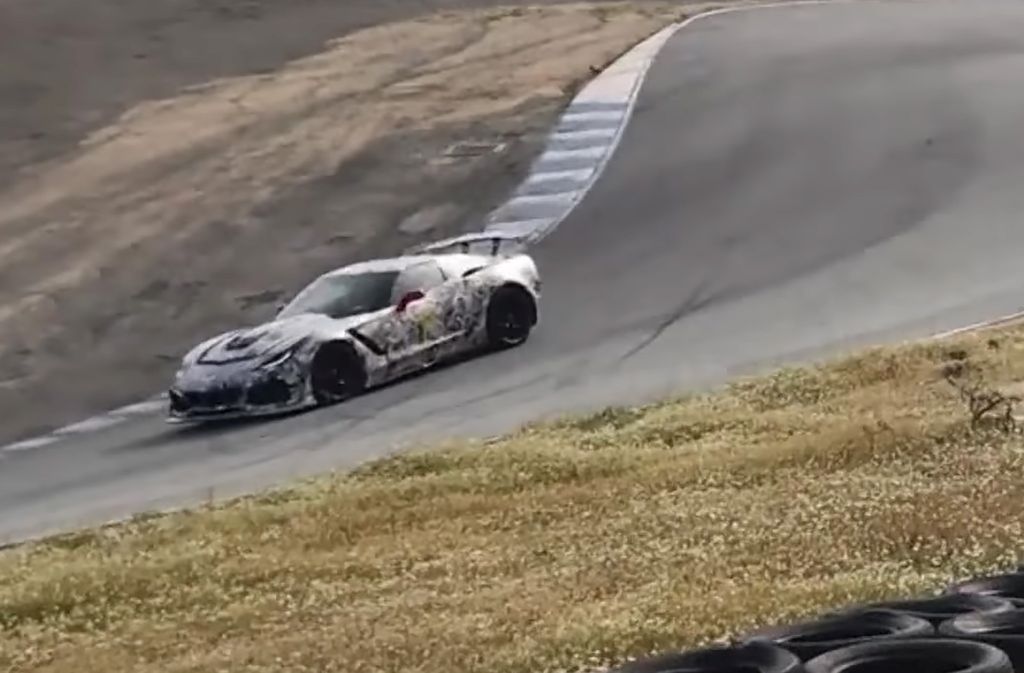 The next generation Corvette is going mid-engine. But, before the C8 arrives on the scene GM will build one last front-engine Corvette. The 2018 Corvette ZR1 will be the last of the C7-gen and is already out testing.

A prototype Corvette ZR1 was spotted at Laguna Seca in California recently. Initial impressions suggest, the ZR1 will get revised exterior styling and tweaked aerodynamics. The package will include a fixed rear spoiler for additional rear-end downforce.

Moreover, there have been rumors of a new LT5 engine that will power the ZR1. According to a leaked GM service and parts document, the LT5 uses a 6.2-liter V8 aluminum block with direct injection and variable valve timing. There’s no word about either a turbocharger or supercharger. Does than mean the new ZR1 will get a naturally aspirated V8?

We will have to wait and watch. However, if you listen to the engine note in the video attached below you would notice a peculiar naturally aspirate sound. Which leads us to speculate that the 2018 Corvette ZR1 might swap its supercharger for an atmospheric V8.

How will that affect overall output?

Initial estimates put the ZR1’s engine output at 750 hp. That seems highly unlikely for a naturally aspirated motor. But, we will have to wait and watch. Perhaps, GM is saving the high-power V8 for the mid-engine Corvette.

A convertible version is also in the works.