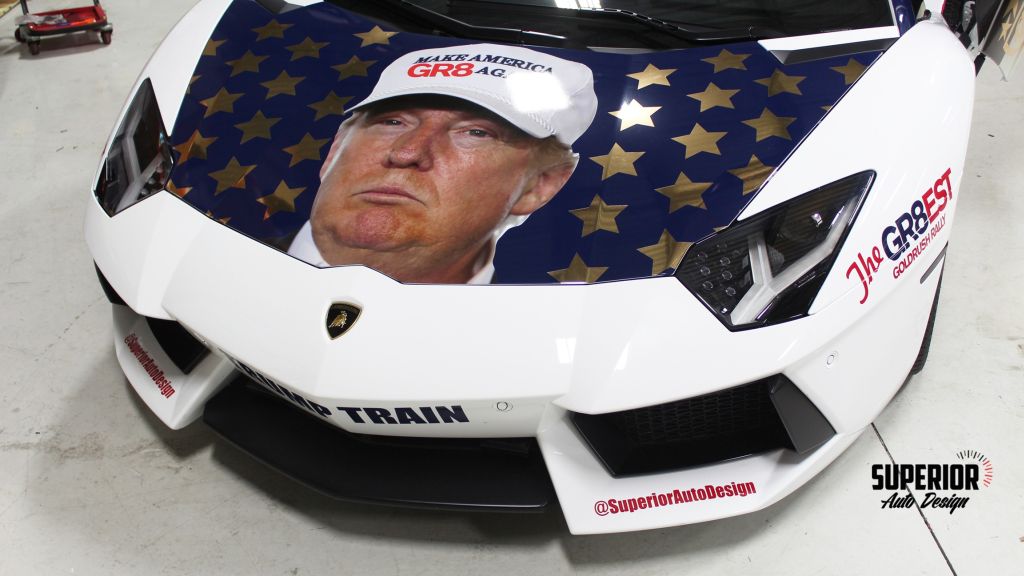 I don’t know what you think about Donald Trump but this Aventador owner is one of those Trump supporters who want to see him become the next President of the United States of America.

Also see: Trumpventador pays a visit to the White House

This guy has wrapped his Lamborghini Aventador in Donald Trump livery which will be part of the 2016 goldRush Rally. This year’s event kicks off in Boston and will cross the length of the continent culminating in Los Angeles. Over the course of the rally, the Trump-ventador will try to spread the message among the American people and hopefully increase the chances for Mr. Trump.

Superior Auto Design who wrapped this car have clarified their position on the Trump-ventador by denying claims of their support to Mr. Trump. It was just another project for them and they were paid to do a job for a client which they’re happy to have flawlessly executed.