A brilliant Racing Yellow Porsche 911 GT2 RS was spotted around the Nurburgring recently. Photographer Jonas Rack posted these images of the GT2 RS with the optional Weissach Package on Autogespot.

The new GT2 RS made it official debut at the Goodwood Festival of Speed. It was previously showcase at E3 2017 when Microsoft announced the GT2 RS as the cover car for Forza Motorsport 7. 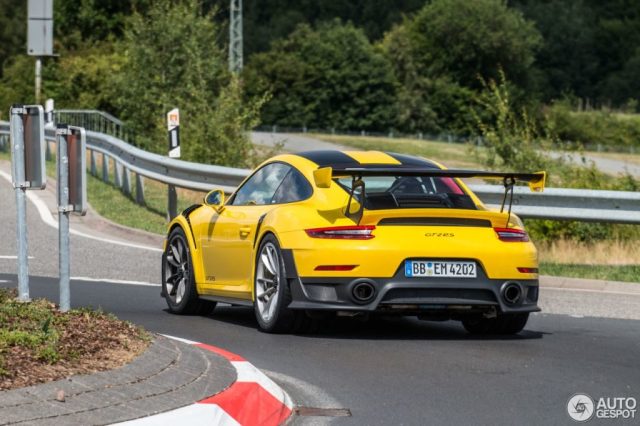 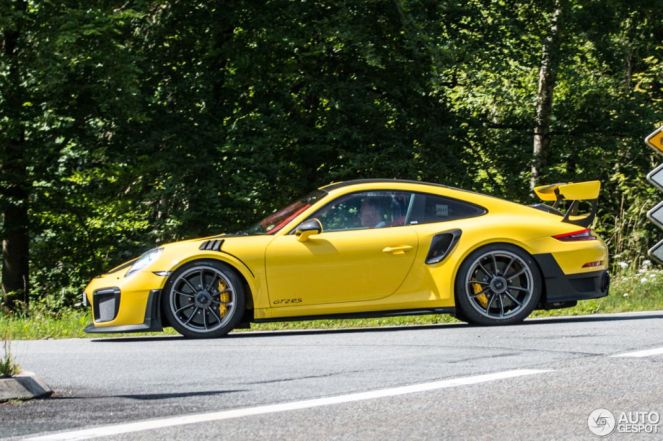 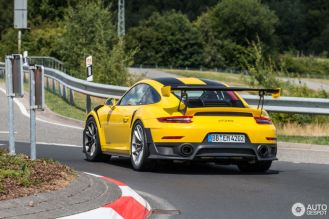 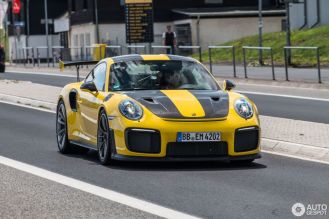