A Blue Le Mans Lamborghini Aventador SV Roadster has been listed at a salvage auction in Atlanta. That’s something you don’t get you hear often.

A naturally aspirated V12 producing 740 hp makes the Aventador SV Roadster one of the most aggressive supercars on sale. If you are not paying attention, things can go wrong pretty quickly. This Lamborghini Aventador SV Roadster from Atlanta suffered serious damage to its front-end after running into something (probably) immovable. It’s sad to see any supercar in such a condition. But, considering this is the limited edition 1 of 500 SV Roadster with just 73 miles on the clock makes this an even sadder case. 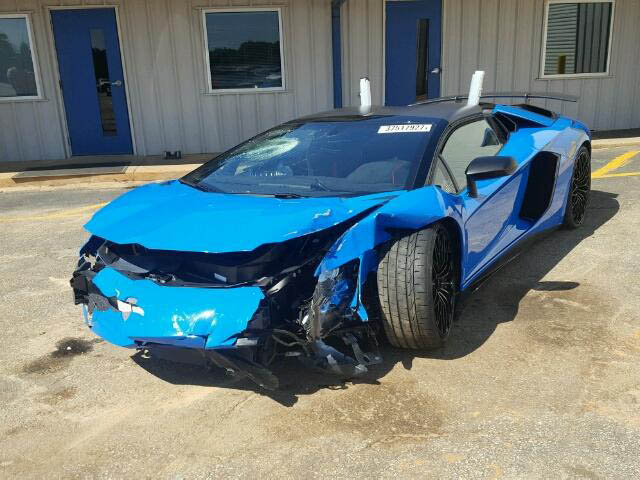 The owner has put the car up for auction on Copart in hopes to recover some part of his $600,000 failed investment back. Bidding has already reached $170,000 (at the time of writing) which is still less than seller’s reserve bid. With more than ten days for the auction to end, the minimum bid will probably be met.

Seeing how badly the front-end has been damaged and considering the Aventador’s carbon-fiber monocoque construction, it’s going to cost the new owner a lot of money to get it repaired. In addition to the nose, the windshield is also damaged.

We hope this beautiful SV roadster finished in Blu Le Mans launch color finds a new home. Perhaps, one with a better driver this time. 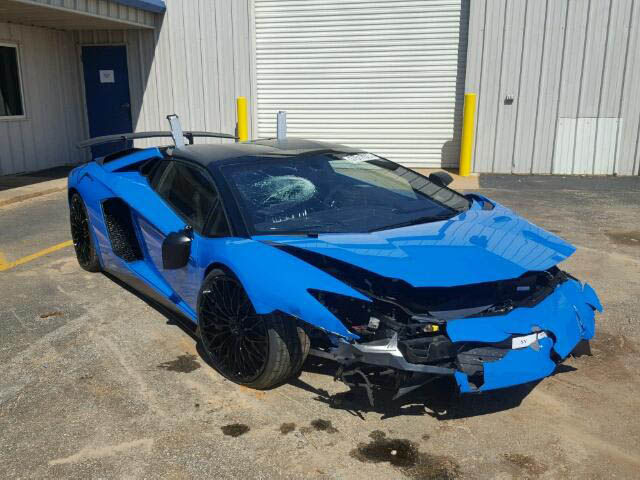 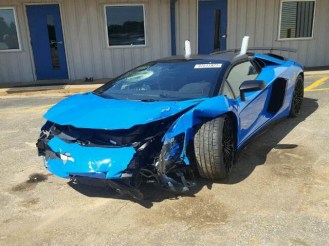 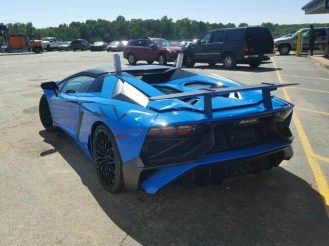 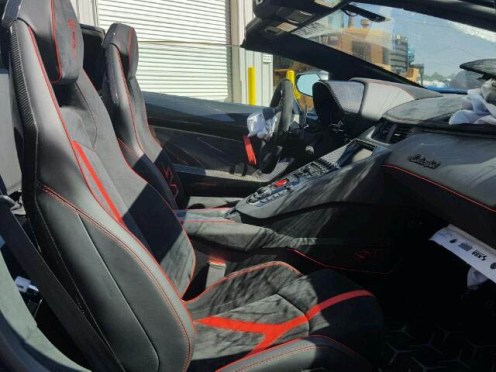 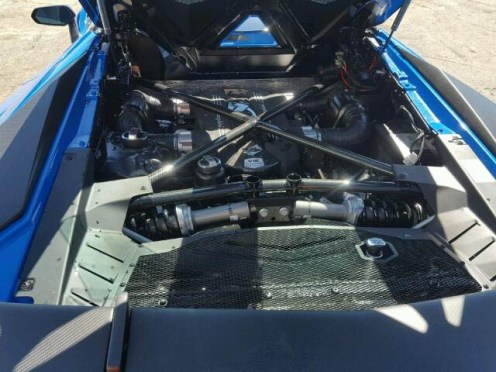