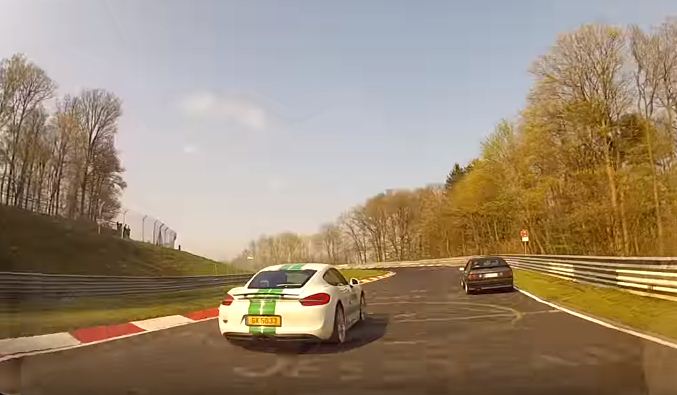 Nurburgring crash videos are very popular on Youtube. Today we could have been posting a video of a noob crashing a Porsche Cayman S if not for the driver aides fitted on modern Porsches.

Instead, watch the worst Porsche driver in the history of the Nurburgring fail to hit the apex of each and every corner. At first, it seems like he is trying to drift by taking a wider line but soon you realize that the person behind the wheel has got no sense of throttle control as he drives erratically carrying too much speed in all the corners.

This jackass is a living example of how not to drive a car, period. His steering inputs are too erratic which almost unsettle the car on multiple occasions. He keeps weaving in and out of traffic as if he’s in a race and although he’s in a much faster car, he’s clearly lacking confidence to overtake the slower moving traffic.

So, if you think you drive like this guy, please stay away from the race track.