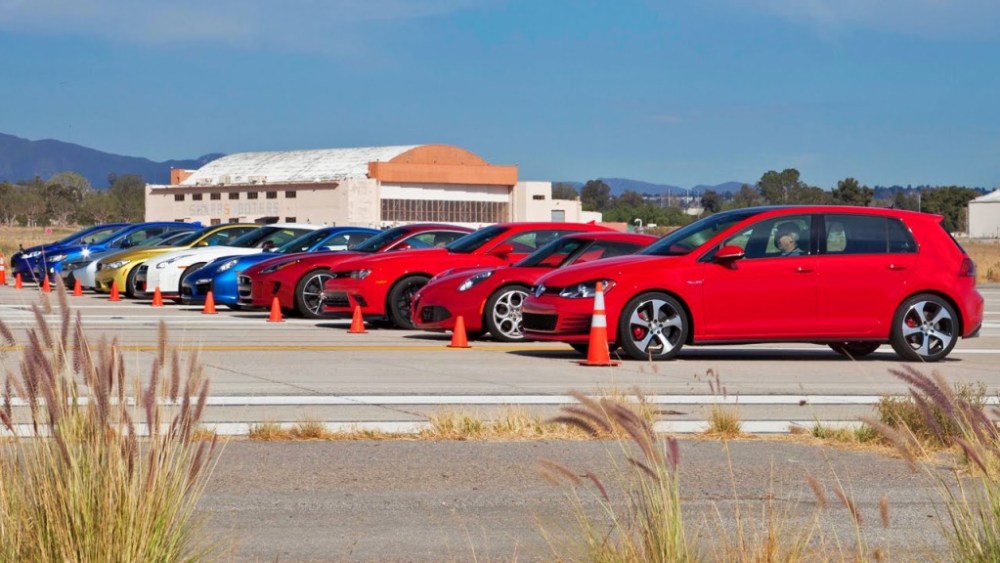 Motor Trend came up with something called the World’s Greatest Drag Race which is a video they release each year. Now, in 2014, the World’s Greatest Drag Race is back and features all the latest sports cars, hot hatchbacks, coupes from around the world. This year’s event features the super quick Nissan GT-R, again. But, in its updated avatar. Apart from that, there’s the new BMW M4 and the hybrid-electric i8 as well.

On the other end, you have the Ford Fiesta ST, VW Golf GTI, the new Alfa Romeo 4C. The race is also features sports cars like the Jaguar F-Type R, Camaro Z/28 and the Subaru WRX STI. Taking up the challenge is also the latest Porsche 911 Turbo which should give some tough competition to the Nissan GT-R