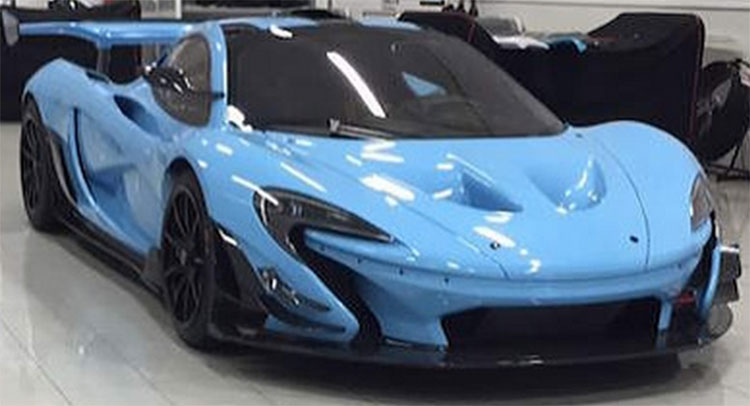 The McLaren P1 GTR was built specifically for track use. The company built just a handful of these with no intent to make a street legal version. Also, it is rather too expensive for you and I to own. That said, Lanzante is a British firm that is now offering a street legal Mclaren P1 GTR under license from McLaren themselves.

A picture of the road legal Mclaren P1 GTR was recently posted on Instagram but was take down later. This according to GTSpirit.com is most probably the Lanzante McLaren P1 GTR that had been rumored for so long. If you look at the picture- the supercar is painted in a bright shade of blue and there are clear indications that this one is a P1 GTR.

The fixed rear wing, aggressive front splitter, side skirts with winglets, roof scoop and other modifications are from the track car. The center-locking wheels too seem very similar to the one found on the track-only Mclaren P1 GTR. That said, the increased ride height makes us believe that this could be a road legal supercar.

The P1 GTR, as we all know is a track-only version of the Mclaren P1 hybrid hypercar. Power from the 3.8-liter twin-turbo V8 has been increased to 986 hp and thanks to numerous aerodynamic upgrades, the GTR proves to be a potent track weapon.