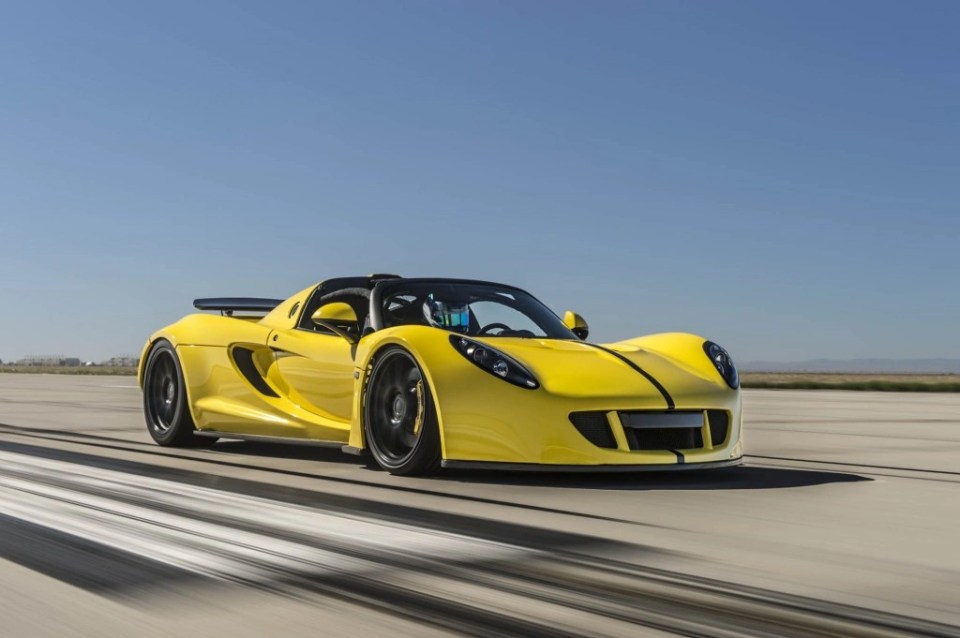 Who would’ve thought a small tuning company from Texas would ruin the day for a juggernaut that is Bugatti. Until recently, the world’s fastest convertible was the Bugatti Veyron Super Sport Vitesse but not anymore. The Hennessey Venom GT Spyder has gone even faster and now has the world record for the fastest production open top car.

The Hennessey Venom GT Spyder achieved a Racelogic verified top speed of 265.6 mph breaking the previous record of 254 mph set by the Veyron Super Sport Vitesse. US Navy base in Lemoore in California was chosen as the venue for its 2.9 mile long runway. 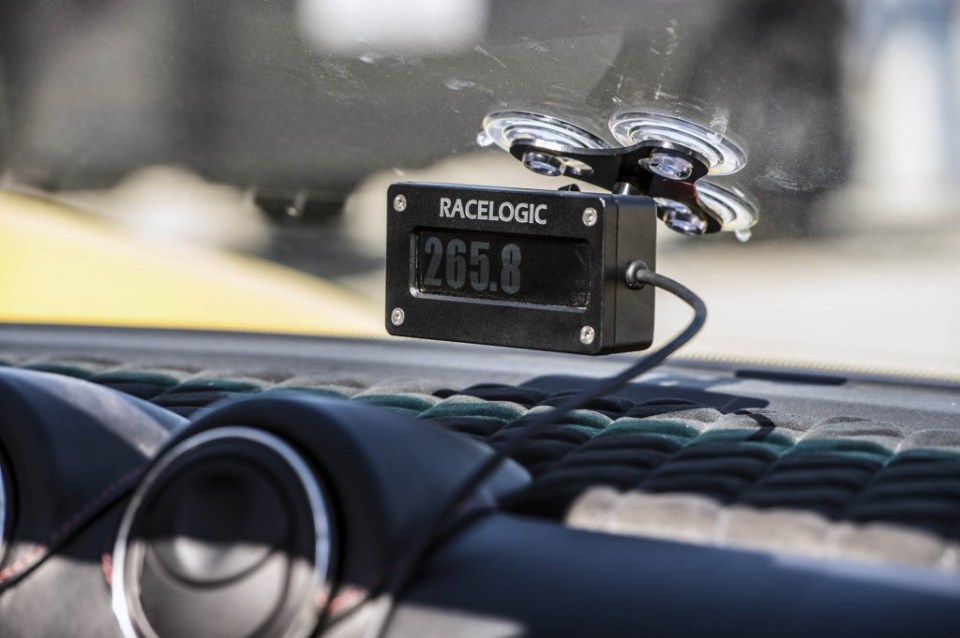 So, what powers the Venom GT Spyder than makes it so quick? Well, under the Lotus Exige inspired bodywork is a 7.0-liter twin-turbo V8 producing 1452 bhp which allows it to sprint from 0-60 mph in just 2.4 sec. Hennessey plans to build three Venom GT Spyders each priced over $1.5 million. 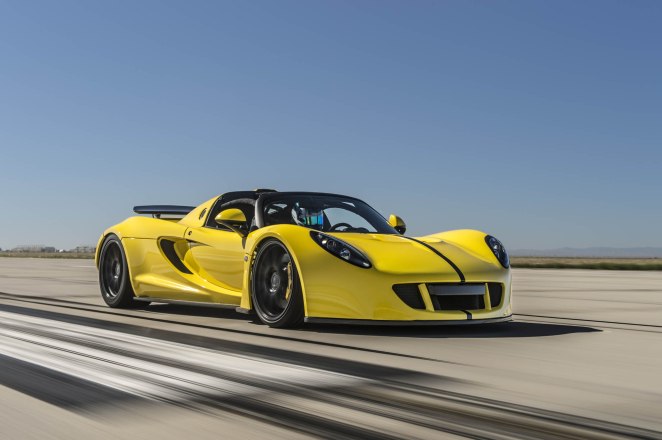 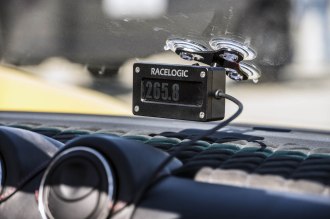 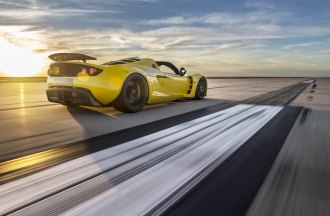 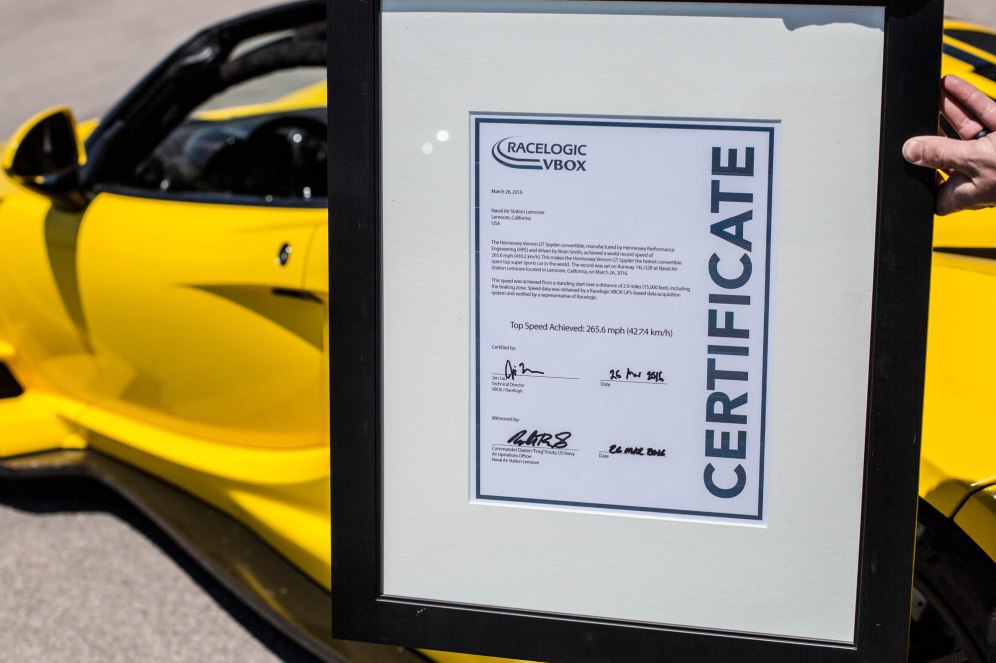