Did you know, the world’s fastest street legal car is a Chevy S10 pickup truck? If you have been following TheSupercarBlog.com, then you would recall a previous post we did on Larry Larson’s completely street legal Chevy S10 that has won numerous drag weeks and has multiple track records to its name. It is the only Chevy S10 in the world to hit the 1/4 mile in 5.95 sec and it has a license plate. 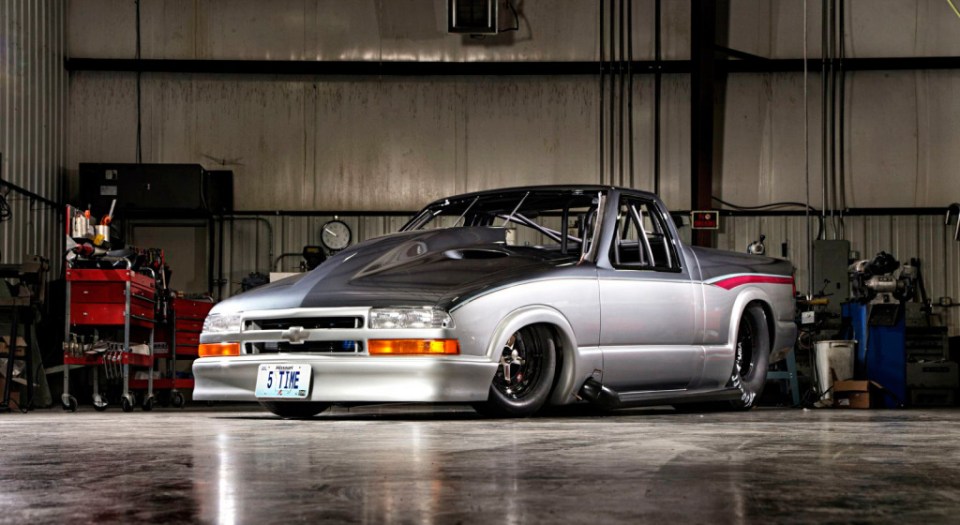 1320video was back on its tail and followed Larry Larson’s Chevy S10 during speed week which involved driving 1200 miles across three states. It proved to be a successful week for the team as the 3000 hp S10 took top honors at all the tracks it visited.

World’s fastest Chevy S10 Pickup truck is back in action: