One of the first US-spec Pagani Huayra Roadsters has been delivered to its owner. The supercar was showcased at Concorso Ferrari & Friends in Connecticut on Sunday.

We have seen some really interesting Huayra specs in the recent past. This one however is one those that really stand out. This particular Huayra Roadster has been commissioned by Instagram user: @huay_not. It is finished in pearl white with exposed carbon fiber bits and red accents, while the interior is wrapped in dual-tone leather. The spec looks somewhat similar to the Zonda Cinque. In fact, we think, this combination looks even better on the Huayra Roadster. 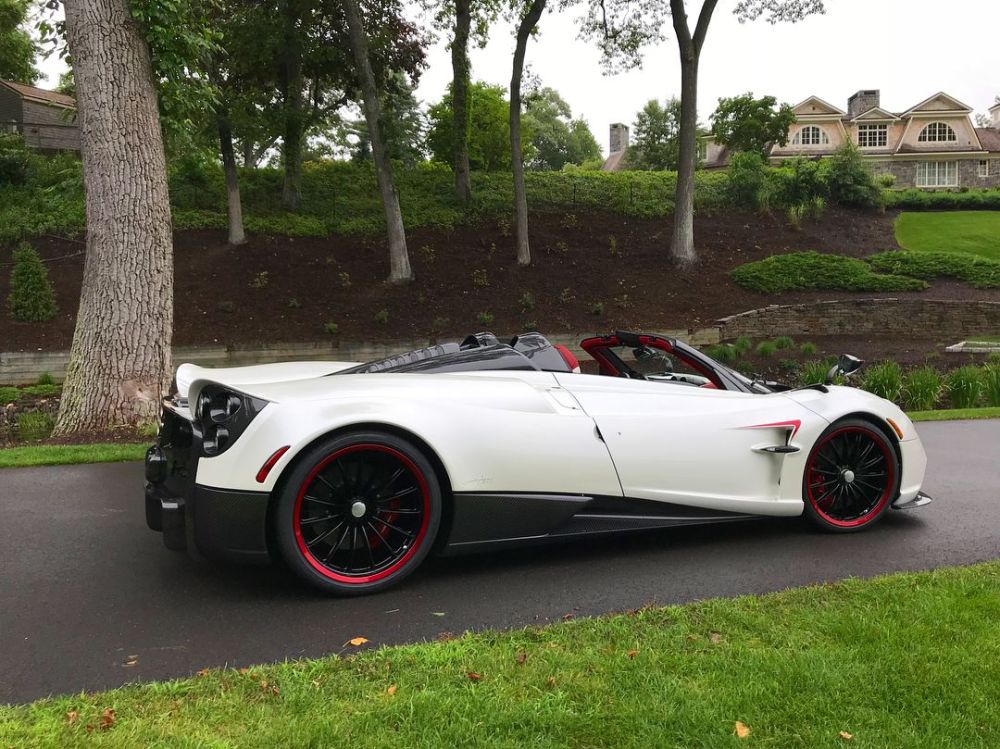 The Huayra Roadster is powered by the same 6.0-litre, twin-turbocharged V12 engine as the coupe. The engine puts out 754 hp @ 6200 rpm and a peak torque of 740 lb-ft @ 2400 rpm and comes mated to a 7-speed automated manual gearbox. Like the coupe, the Roadster features active aero with twin flaps in the front and the rear. In terms of styling, the Roadster is slightly different compared to the hard top. It has unique front end and rides on new design multi-spoke alloy wheels. The rear deck lid has been redesigned, while the tail lamps feature integrated spoilers.

The first US-spec Huayra Roadster was showcased in August 2017. Pagani is now reportedly working on a Huayra BC Roadster. 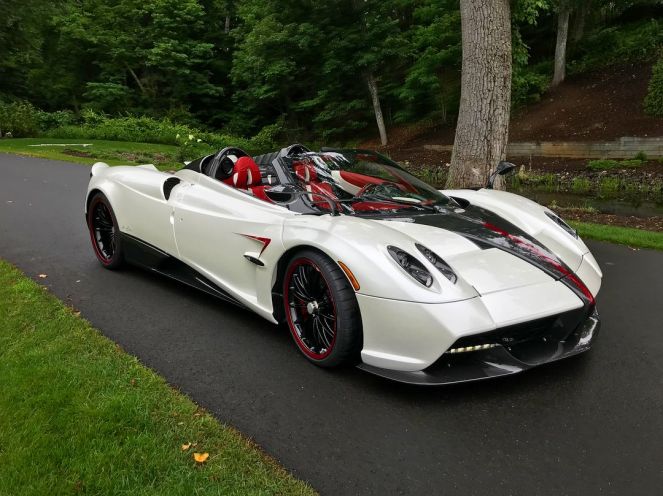 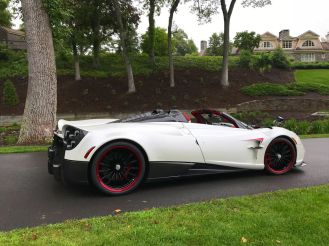 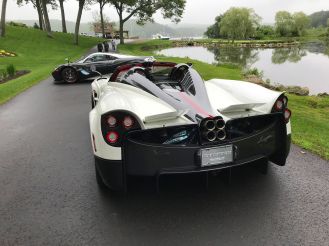 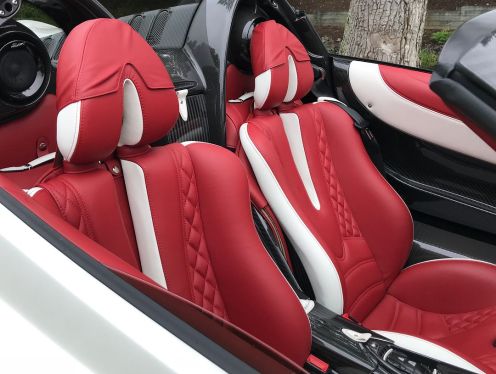