We’ve seen quite a few interesting Lamborghini Sian Roadster specs till now. However, this one from Japan takes the cake.

This dual-tone Sian Roadster has arrived at Lamborghini Azabu, ready to be delivered to the owner. The car has an exposed blue carbon bodywork that fades into Bianco Phanes. Unlike the other dual-tone specs, this one is horizontally split. Further, Rosso Mars touches help add a splash of contrast. 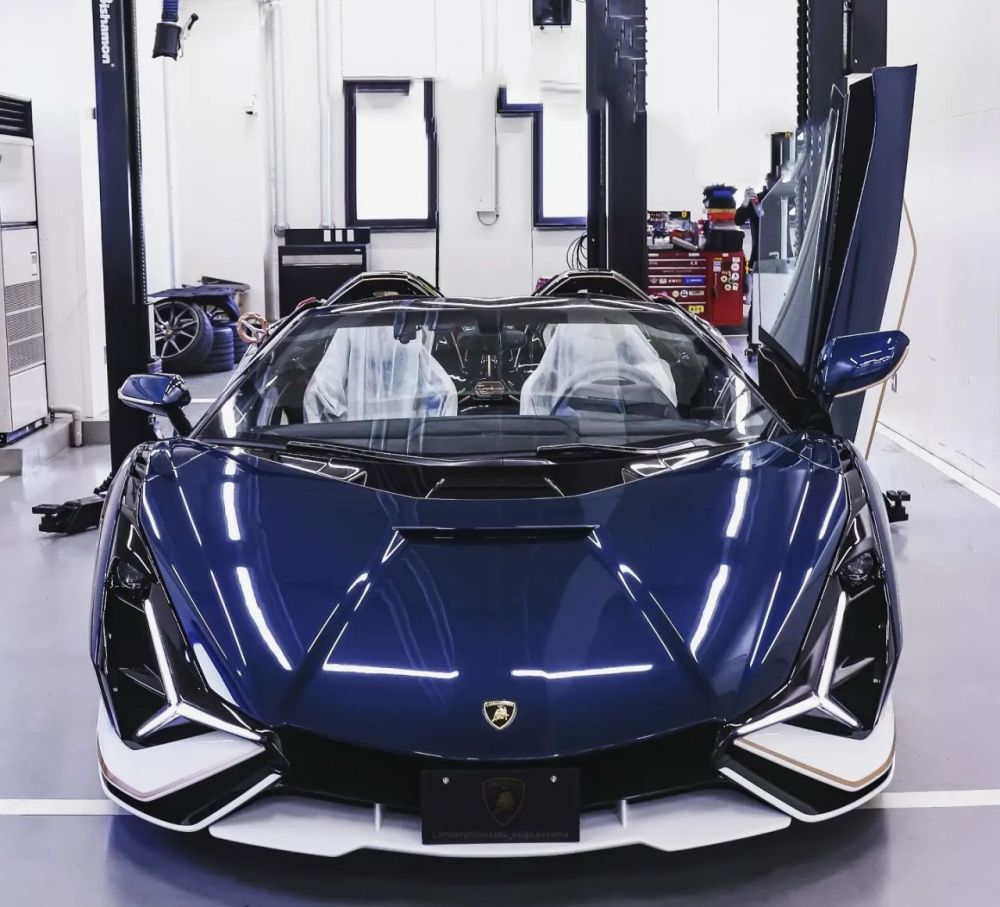