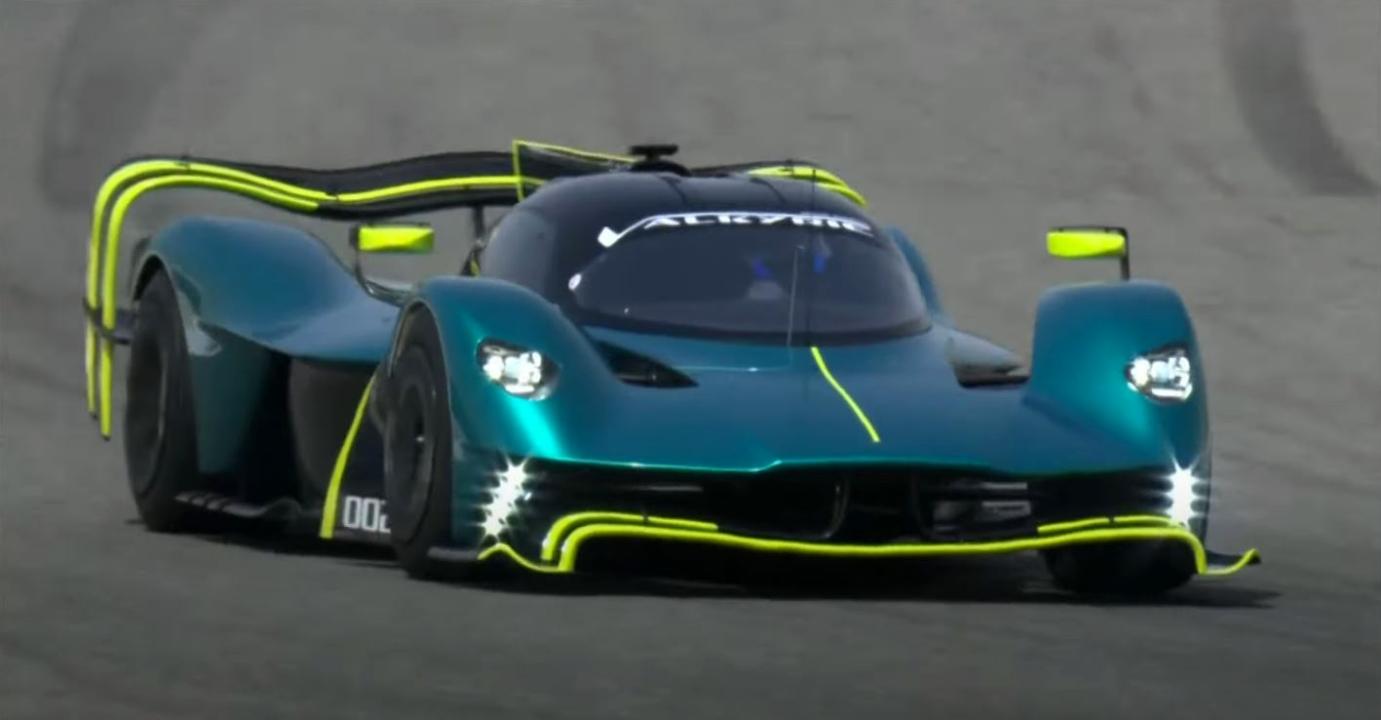 This weekend’s Bahrain GP may not be something to write home about for Aston Martin’s Formula 1 team, but it was pretty special for the brand’s road car division. The track hosted the Valkyrie AMR Pro, and fans were treated to its first demonstration run.

Earlier, we had shared some images of the hypercar as it went for a lap of the track. But now, here’s a video of the Valkyrie AMR Pro being driven in anger.

The hypercar is a 6.5-liter, naturally aspirated V12 engine that revs to 11,000 rpm and produces north of 1000 hp. As you can see, nothing beats the sound of an atmospheric V12.

The AMR Pro is a limited edition track car. Only 40 cars are being built and preference is being given to those who have ordered the Valkyrie road car.