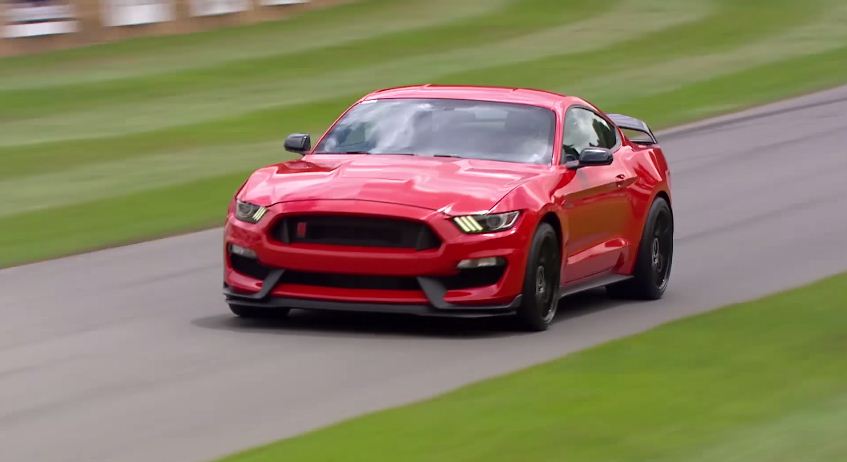 Ford is being represented at 2015 Goodwood Festival of Speed by the menacing Mustang Shelby GT350R. It is the most powerful version of the 2015 Mustang sporting the Shelby badge and a familiar V8 engine. You wouldn’t want to miss the following video as the Shelby GT350R tears up the Goodwood hill climb course.

The Ford Mustang Shelby GT350R is a limited edition version of the 2015 Ford Mustang. It is powered by a 5.2-liter V8 with 526 hp and 400 lb-ft of torque. It is a track-ready muscle car with rear-wheel drive and our beloved manual transmission. The car sounds epic and watch how the driver wrestles it around each every corner of the course. It is a beast of a Mustang!