That’s the fastest the 2018 Dodge Challenger SRT Demon has ever gone. Much faster than the 168 mph top speed claimed by Dodge itself.

The Johnny Bohmer Proving Grounds (JBPG) runway, located in Merritt Island is among the longest runways in the world. It’s 3 miles long and has a 1000 feet asphalt runoff on both ends. Being built in concrete, it offers a substantial amount of traction over street surfaces. Plus, the sheer length of the runway makes it perfect for manufacturers to conduct Straight Line Aerodynamic Testing.

Johnny Bohmer has been running a program which involves taking performance cars and cutting them loose on the super-long runway at his disposal to see if the claims made by the manufacturers are right. Monitoring and data logging systems are bolted on along with a bunch of cameras, and the cars are timed and speed checked during their runs. 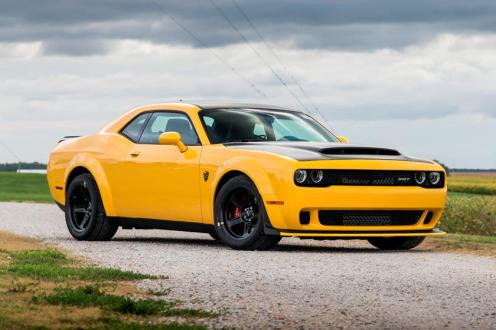 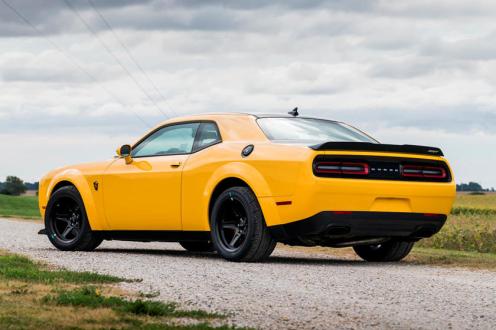 Tests will cover ½ mile, 1 mile, 1.5 mile, 2 mile, 2.3 mile, 2.5 mile and 2.7 mile distances, with the timing and speed being performed by the International Mile Racing Association (IMRA). Anyway, let’s talk about the 2018 Dodge Challenger SRT Demon now and how it comes to this picture, literally.

Early last month, the JBPG team had a host of high-performance cars to test. Everything from the Bugatti Chiron to the Porsche GT2 RS was in attendance. Also present was the 2018 Dodge Challenger SRT Demon. You know how much we love the Dodge Demon. You can read up all that we have about the drag strip-focused muscle car right here.

A professional driver stepped into the 840 hp monster’s driving seat and floored the pedal, which eventually clocked an astonishing top speed of 211.227 mph (339.937 kph). That’s a mind-boggling figure as the number usually associated with the Demon as its top speed is 168 mph. The JBPG tests prove that the car is much faster than even the manufacturer claimed it to be. In fact, back in 2018, Johnny Bohmer had proven the Demon to be capable of 203 mph. But the new number is way beyond that attempt’s result.

Head over to the Johnny Bohmer Proving Grounds YouTube channel for more videos of cars failing and succeeding to live up to the expectations.