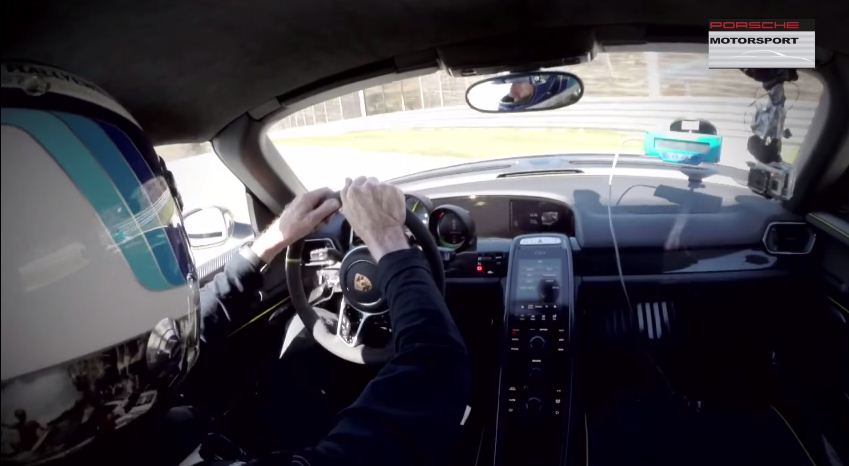 Walter Rohrl- Porsche’s legendary test driver has crashed the most expensive supercar in the German brand’s line up. The ace driver crashed a Porsche 918 Spyder Weissach while filming for AutoBild’s road test.

The on-board footage clearly shows the mid-engine hybrid supercar getting its back-end lose over a crest while Rohrl tried to counter-steer and maintain control. A camera positioned at the next corner capture the complete event as the car loses traction and heads straight for the barrier.

With steering on opposite lock, the Porsche 918 Spyder Weissach hits the barrier hard. The car seems to have sustained heavy damage in the crash. We suspect the steering and rear axle might have been taken the full brunt of the impact.