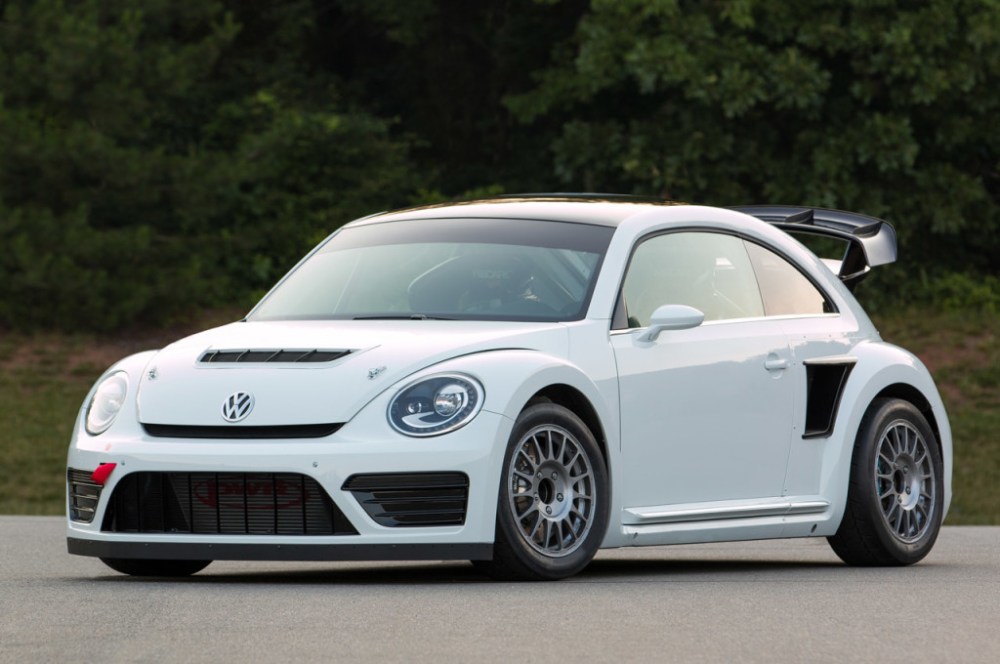 Volkswagen will race a Beetle at the Red Bull Global Rallycross race to be held in Washington, USA. It sure is an unlikely place for a Beetle, but look beyond the badge and you have a purpose-built race car. The exterior of the VW Beetle has been completely overhauled in order to comply with rallycross regulations. The front end is low and wide and the rear is dominated by a large spoiler. The side scoops feed air in to the rear-mid mounted engine. Speaking of which, it is a 1.6-liter TSI turbocharged petrol packing 544 horsepower. A sequential 6-speed transmission is on board to make optimal use of the monstrous engine. 0-60 mph is just a matter of 2.1 seconds.

The VW Beetle GRC rides on 17-inch wheels shod with tires from Yokohama and uses purpose built suspension which includes ZF dampers allowing 9.1 inches of travel at each end, couple that with high performance brakes and calipers. This being rallycross, the Beetle GRC is all-wheel drive for improved traction. 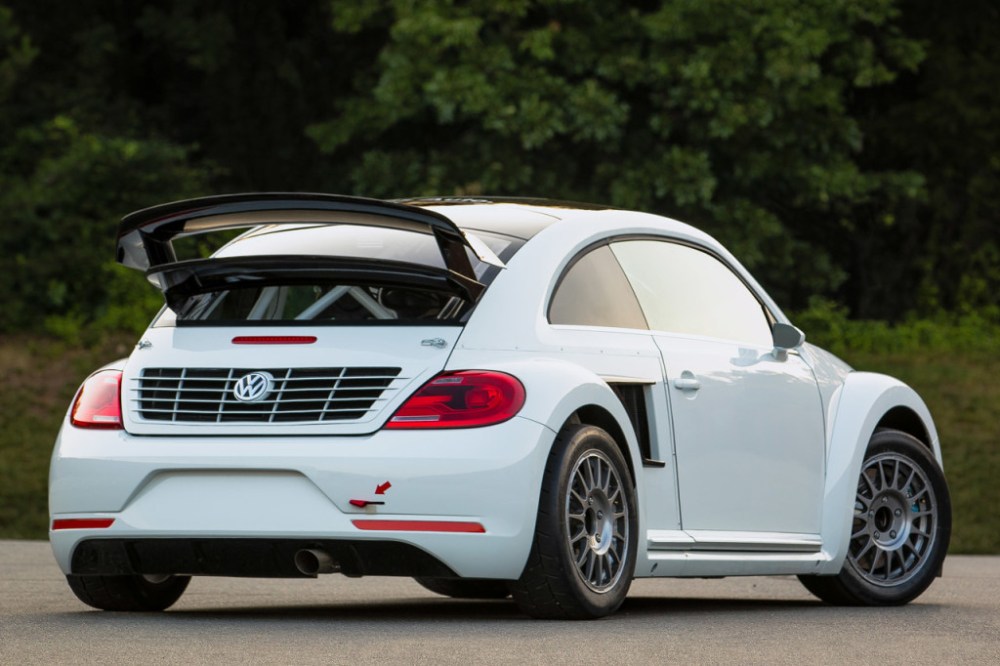 With 544 horsepower, the Beetle GRC promises to be an even more competitive proposition than the Polos driven by Scott Speed and Tanner Foust

The team enters the third round of the season, Volkswagen Rallycross D.C., with two victories for Scott Speed driving the No. 7 7UP Volkswagen Polo. Both he and Foust are stoked by the prospect of the Beetle, which features a 1.6-liter four-cylinder TSI® turbocharged and intercooled engine making 544 horsepower. “The Polo has already proved super-competitive,” said Speed, “and we are really looking forward to racing a car that has been engineered specifically by Volkswagen Motorsport for GRC competition.” Foust added: “I know I can’t wait to race the No. 34 Rockstar Energy Drink Beetle. There’s no cooler looking car in the series.”

Jost Capito, Volkswagen Motorsport director, said: “After Volkswagen of America’s impressive start on the rallycross scene with the Polo, the launch of the new Beetle GRC rallycross car represents the next major milestone. The Beetle boasts a unique appearance and state-of-the-art technology. It will sweep fans off their feet.”

This rallycross car is the ultimate expression of the third-generation Beetle. Designed and engineered from the outset as a GRC car, it features a sequential six-speed transmission, with a fixed-ratio all-wheel-drive system that features multiplate limited-slip differentials at the front and rear.

The car uses an all-around strut-type suspension, with ZF dampers and about 9.1 inches of travel to cope with the rigors of the off-road portion of a rallycross course. The car has 14.0-inch diameter front and 11.8-inch rear vented disc brakes, with four-piston aluminum calipers. The 17-inch wheels are shod with 240/640-R17 Yokohama competition tires.

The Beetle cuts quite a dash with its outsize rear wing, widebody fenders, and aggressive front fascia. Overall, the car is 168.8 inches long and 71.7 inches wide, and has to weigh in at a minimum of 2668 pounds, per series regulations. With this combination of low weight, high horsepower, and all-wheel-drive traction, the Beetle GRC is predicted to sprint from 0 to 60 mph in an incredibly quick 2.1 seconds.

About Volkswagen of America, Inc.

This press release and images of the GRC Beetle are available at media.vw.com. Follow us @VWNews

“TSI”, “VW”, “Volkswagen”, all model names and the Volkswagen logo are registered trademarks of Volkswagen AG.