The Volkswagen I.D. R electric racer has smashed the Pikes Peak record. The car completed the sprint up the mountain in 7 min 57.148 seconds. Dumas clocked an average speed of 90 mph on the 12.42 mile uphill track, which consists of a total 156 grueling turns. The previous record was set by Sebastian Loeb back in 2013 in a Peugeot 208 T16 Pikes Peak. 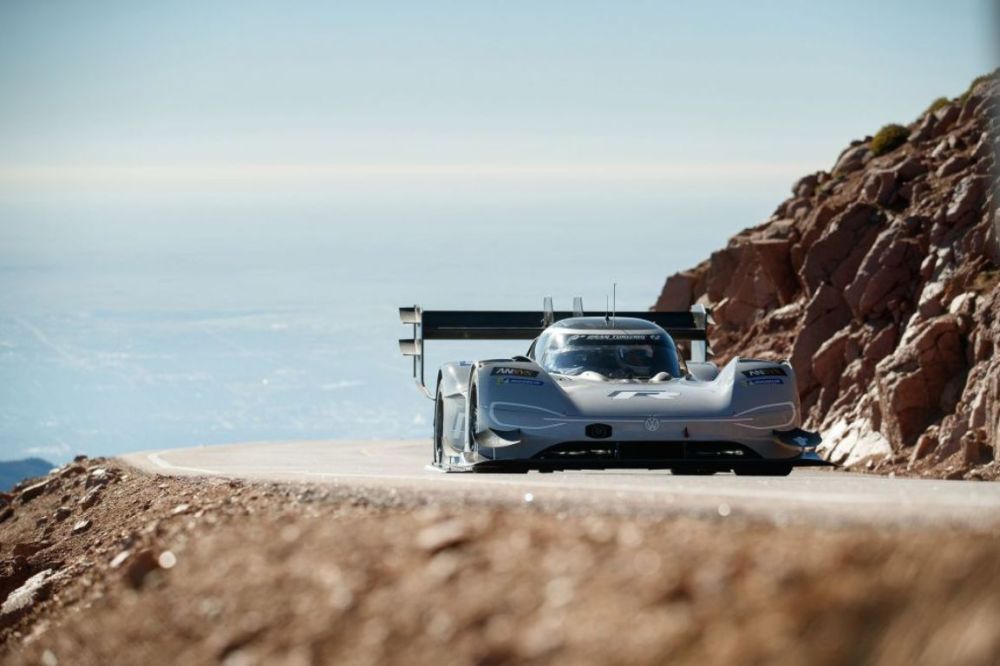 Driven by two-time Le Mans winner Romain Dumas, the Volkswagen I.D. R sources its power from two electric motors, which together manage to generate a maximum power output in the range of 670 hp. Gasoline powered cars suffer a 20-30% power drop at high altitudes. VW didn’t have to worry about power drops since their car was electric. However, maintaining tyre and braking performance under unpredictable weather conditions was indeed a challenge which Volkswagen managed to overcome successfully.

With this, Volkswagen has set the bar for other manufacturers who might take up the challenge in future.