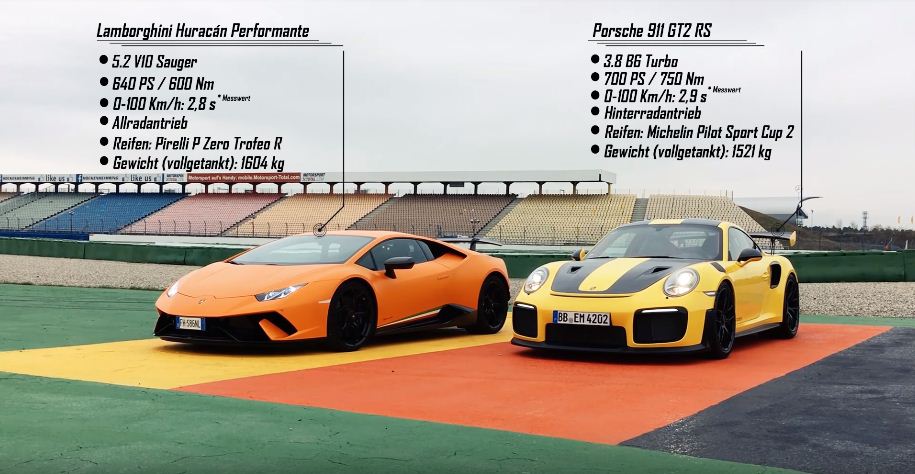 A Porsche 911 GT2 RS goes head-to-head with a Lamborghini Huracan Performante at Hockenheim.

The Lamborghini Huracan Performante became the fastest road to lap the Nurburgring. But, the celebrations were short lived, as Porsche soon made the headlines with their new 911 GT2 RS.

So, which of these do you think will be quicker around Hockenheim?