After a long sabbatical, Pagani is back at the Nurburgring. The Pagani Huayra BC was spotted at the ‘Ring during the “Industrie Pool” session.

I think, the last time Pagani set a lap time at the Nordschleife, it was in the Zonda R. Since then, the Italian supercar maker has shied away from putting up a challenge. 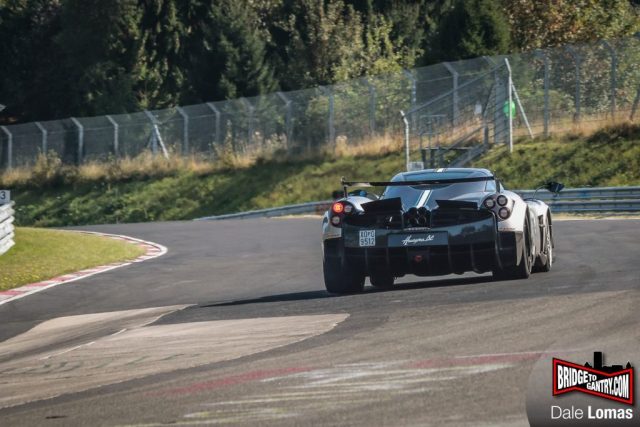 The recent spotting of the Huayra BC suggests, Pagani could be testing some new upgrades for their supercar. This comes in the wake of the ‘Pacchetto Tempesta’ pack which is now available for the standard Huayra. Who knows, may be, there’s another update in pipeline.

Pagani Huayra BC spotted at the Nurburgring: