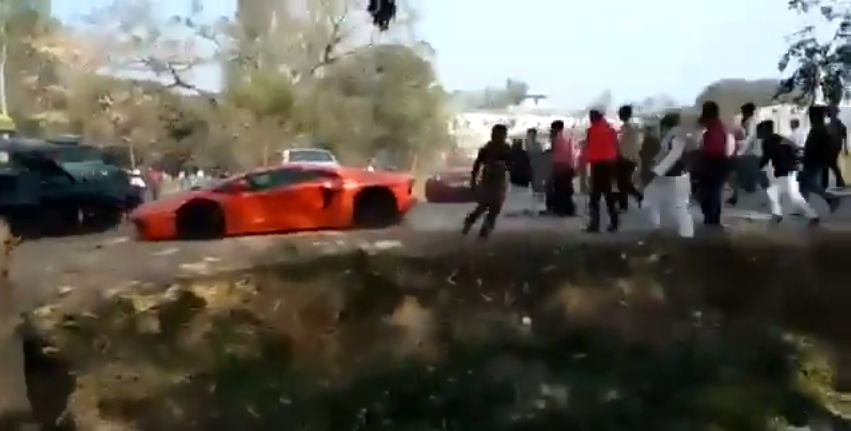 This is not something you see everyday- supercars being attacked by miscreants. A Lamborghini and Ferrari stoned by an angry mob in India during a political rally.

A Lamborghini Aventador and a Ferrari 458 Italia were driven down from New Delhi for a political rally where a group of hooligans attacked them by pelting stones. The incident was captured on camera which clearly shows stones hitting the supercars.

We’re not sure what irked the crowd. As the mob began attacking, the drivers of the exotics tried to escape. But before they could reach a safe distance, the cars were hit on multiple occasions.

Conflicting reports about the location of the incident have emerged. However, it took place in the state of Uttar Pradesh which is one of the most populous state in India where elections are due in the coming weeks.