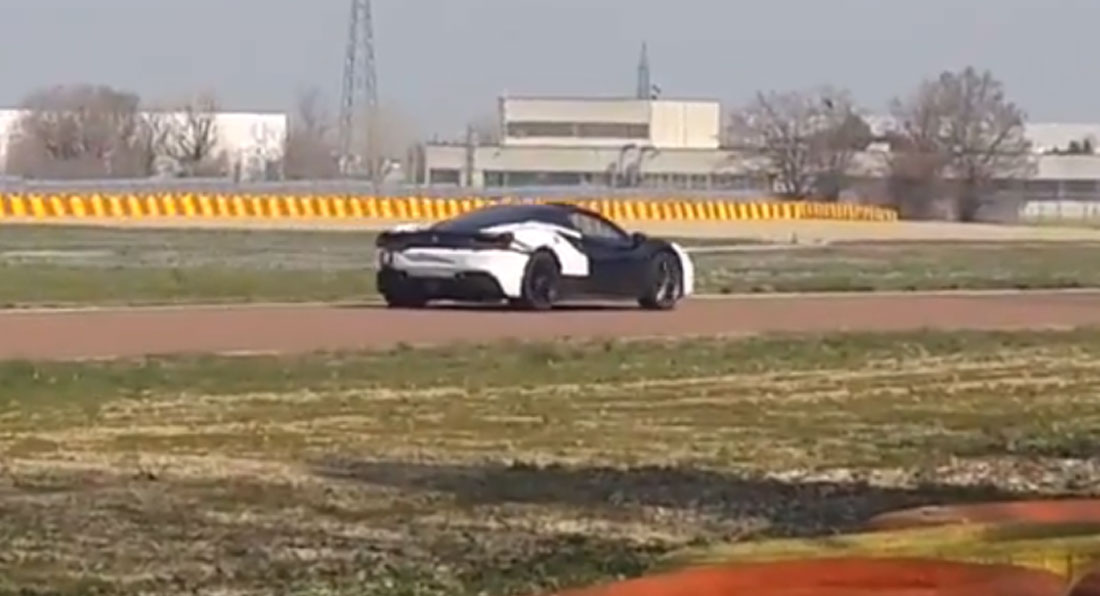 Hybrid Ferrari 488 has been caught testing for the first time.

A Ferrari 488 GTB test mule has been spotted at the Fiorano test track in Maranello. What’s interesting about this particular prototype is that it appears to accelerate without making any sound from its twin-turbo V8 engine. Could this be the next-gen hybrid Ferrari 488?

The short video reveals the supercar accelerating (pretty briskly) in what might a full-electric mode. This suggests that Ferrari is already working on a hybrid 488. While, details about its powertrain are still a well guarded secret, Ferrari boss Sergio Marchionne has been quite vocal about the brand’s hybrid plans. That said, the powertrain is likely to be derived from the LaFerrari. However, unlike the LaFerrari where the HY-KERS adds to performance of the internal combustion engine, the 488 is likely to get a system that would be tuned for everyday use (read: efficiency).

Meanwhile, there have been reports of the 488’s successor. It will reportedly get an upgraded V8 packing around 720 hp, which would allow it to go head-to-head with the McLaren 720S. Whether this hybrid Ferrari 488 prototype is the replacement for the 488 GTB remains to be seen.