True to its name, the Apollo Intensa Emozione is an intense car. Every bit of this car is extreme from the exterior, interior to the powertrain. We already know a lot about the car but now, a one on one interview with Apollo’s general manager Ryan Berris has revealed more juicy details previously unknown.

Carfection’s Alex Goy got a walkaround tour of the IE. One of the new things we learned about the IE is that the car has been built to meet and exceed FIA regulations which means that the car is ready to take part in GT1 racing. Another interesting new info is that the IE’s Ferrari-sourced 6.3-liter V12 that produces 769 hp and 560 lb-ft of torque and can rev over 9,000 rpm. 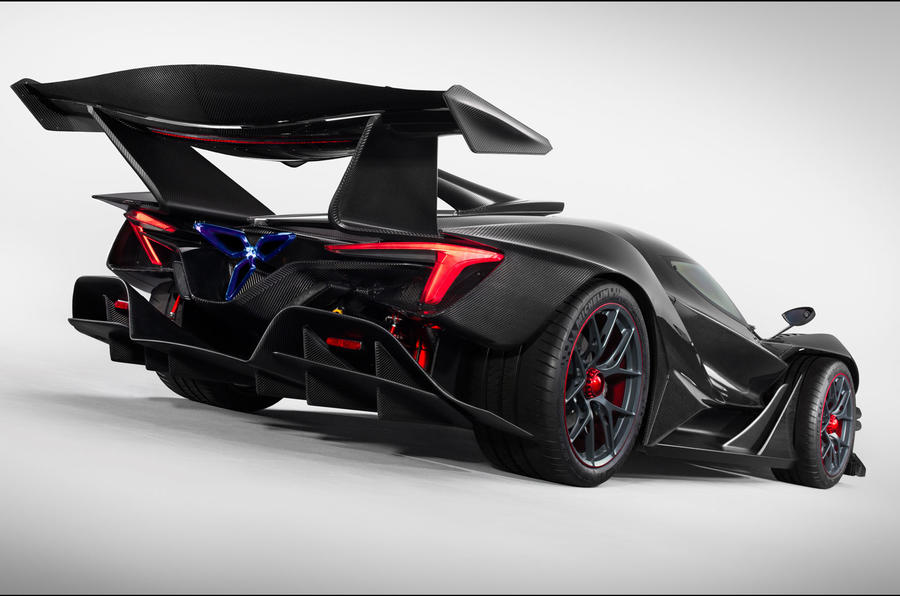 If that wasn’t enough, Apollo is planning an even more extreme variant of the IE with the naturally aspirated engine churning out 1000 hp and capable of revving over 11000 rpm. If you recall, these figures are very close to what Aston Martin and Mercedes-AMG are claiming for their Valkyrie and Project ONE hypercars. If Apollo is able to produce something in the league of those hypercars, then it surely deserves to be listed among the prominent supercar upstarts such as Pagani and Koenigsegg.

Apollo says it will only build 10 units of the IE with each unit piece costing $2.6 million. Despite the hefty price tag, we wouldn’t be surprised if the Apollo IE is already sold out.