For 2018, Ford has adopted a more edgy styling for the Mustang. In addition to the new bumper which incorporates a cooling duct for the brakes on either side, the facelift brings in a redesigned set of headlights. A slightly raised rear spoiler replaces the flush-fit lip spoiler on the outgoing model. Having said that, rest of the car remains the same as little has changed in terms of design. 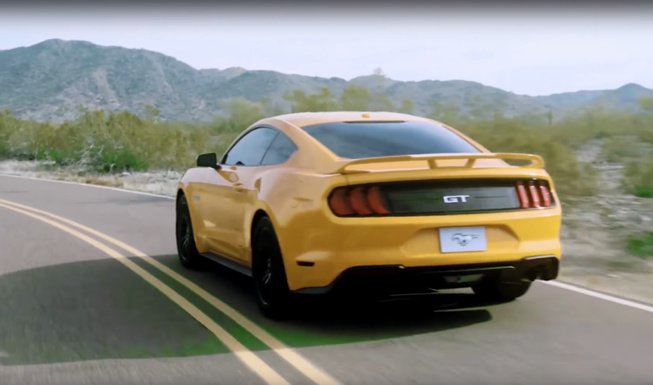 Ford is expected to introduce some changes in the power department. It is being rumored that the 3.7-liter V6 will no longer power the Mustang. Instead, the 4-cylinder 2.3-liter EcoBoost will be offered as a standard package. That said, on the other end of the spectrum, the 5.0-liter V8 will be available in various states of tune.

For more on the 2018 Ford Mustang facelift keep watching this space. In the meantime, enjoy the leaked video below.