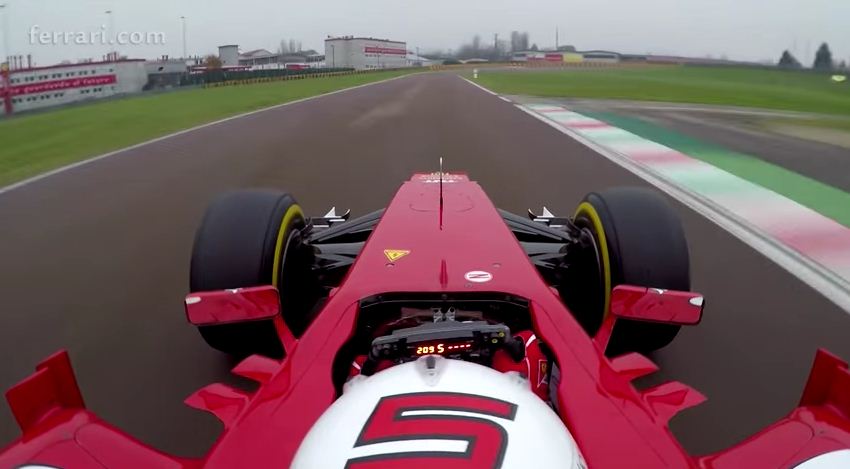 The 2014 Formula 1 season drawn to a close, it is time to set our sights on the upcoming season. While most of the drivers are on their annual Christmas break, Sebastien Vettel who moved to Ferrari for the upcoming season was at Maranello to meet the team and to do some laps in the 2013 F1 car.

The German F1 world champion grew following Michael Schumacher and dreamed of someday driving for the legendary team. The day finally arrived for Vettel as he took the the famous Fiorano circuit in an F1 car. He also recalls how he used to peep over the fence at Fiorano to see Michael drive around the track. Now, he was in the hot seat while others cheered from across the fence.