It’s quite natural to get excited when you see a rare and expensive supercar on the streets. However, if you are driving, it’s advisable that you concentrate on the road. A van driver learned his lesson the hard way when his video was briefly interrupted as he plowed into a Pagani Zonda F.

A accident took place in Uruguay where a rare Pagani Zonda F was cruising down a busy street. The driver of the van behind was busy filming the exotic when suddenly the cars in front stopped. The chap was in no position to brake in time and crashed into the Zonda. Another person driving alongside the Zonda also captured the incident. 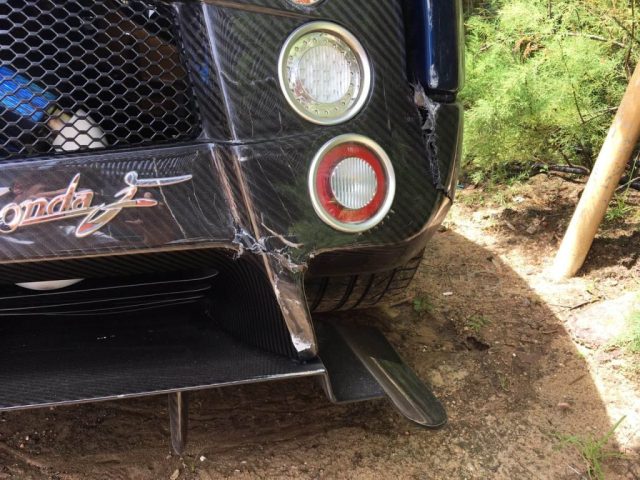 According to Autoblog.com.ar, the Pagani Zonda F belongs to Argentinian businessman Jorge Gomez. The supercar is registered in Paraguay since it can’t be legally driven in his home country.