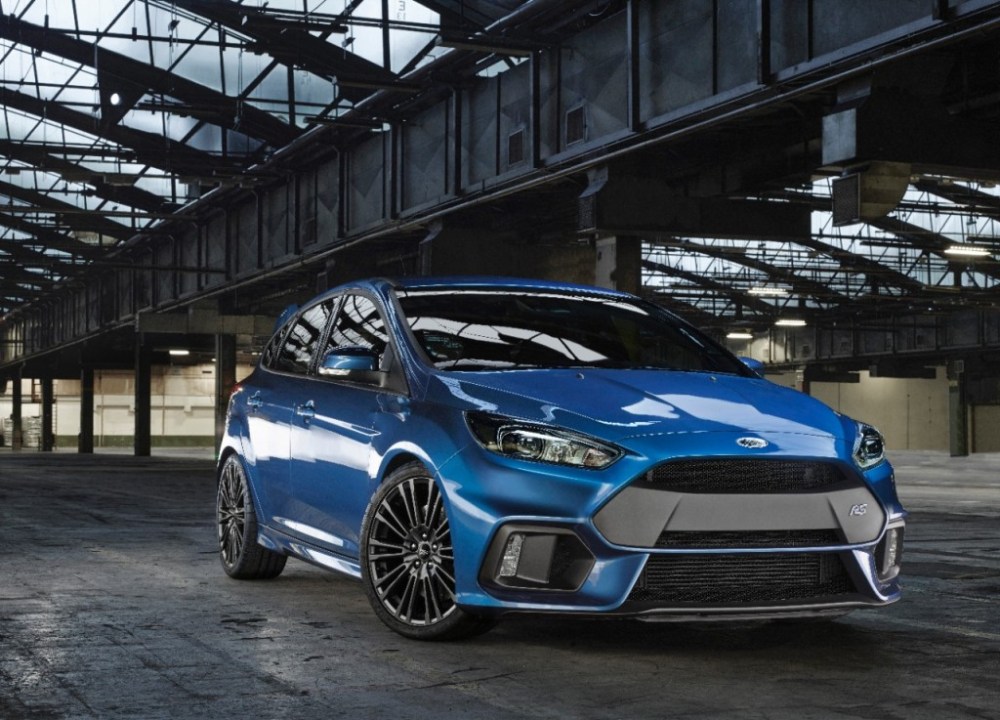 Ford has launched the third-generation Focus RS. The new performance hatchback will be available across most global markets along with the US, for the first time.

As was rumored before, the new Focus RS uses a 2.3-liter EcoBoost engine from the base Mustang. An all-new Ford Performance All-Wheel Drive with Dynamic Torque Vectoring Control will be standard on the model. Given Ford’s success in motorsports and especially at WRC, the new Focus RS is expected to be a great handler. In fact, Youtube sensation and pro-drifter Ken Block was involved in its development. 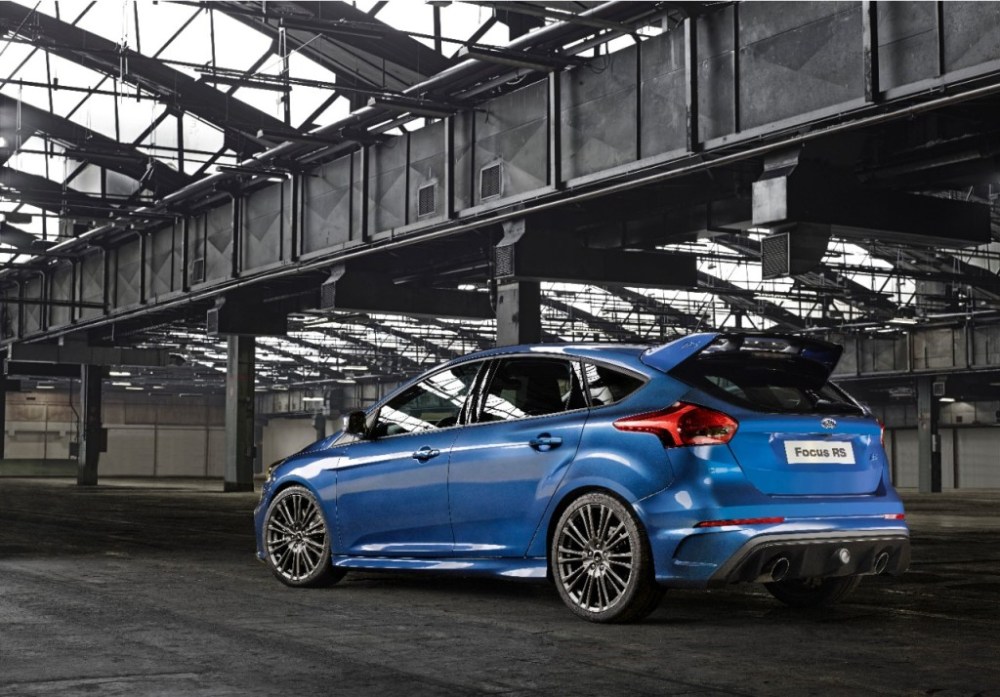 About the engine, Ford hasn’t revealed the final performance specs yet. They say, the car would get in excess of 315 hp from the 2.3-liter, 4-cylinder engine. The EcoBoost motor is mated to a 6-speed manual transmission modified specifically for this car. Other performance upgrades include a low-inertia twin-scroll turbochargers, bigger intercooler, high-performance exhaust system with electronically controlled valves and the highly trick all-wheel drive system with torque vectoring which should give the Focus RS ginormous levels of grip. 19-inch lightweight alloy wheels are standard. 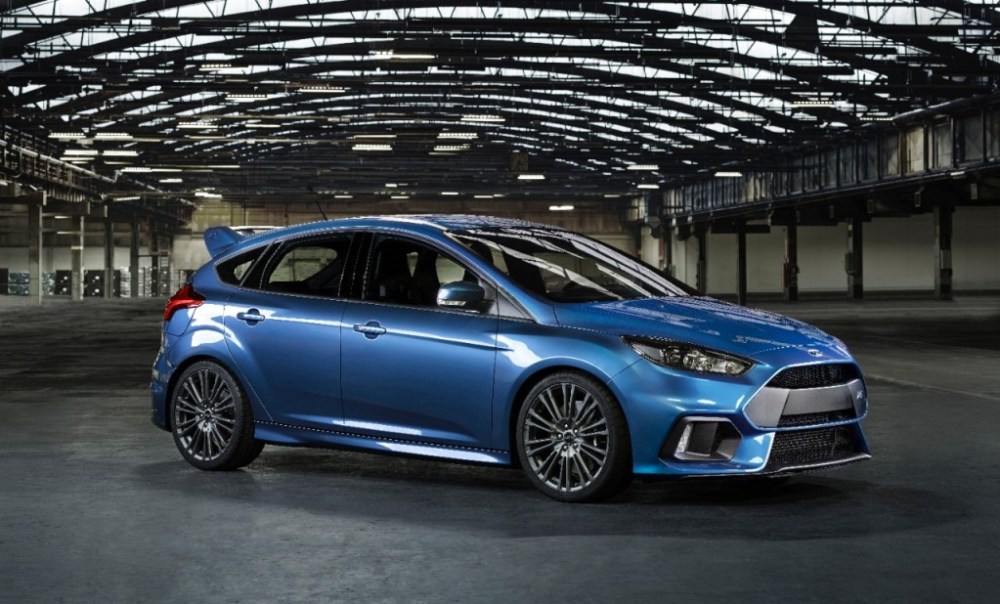 On the exterior, the styling is based on the standard focus, however there are a number of gaping air intakes on the front and neat and sport front bumper with splitter element which also include ducts for cooling the massive brakes. From the rear, the wide stance of the car can be clearly noted and of course a Focus RS isn’t complete without a spoiler. The interior is rather sporty too. Recaro seats, aluminum pedals, unique instrument graphics and additional gauges litter the dashboard. 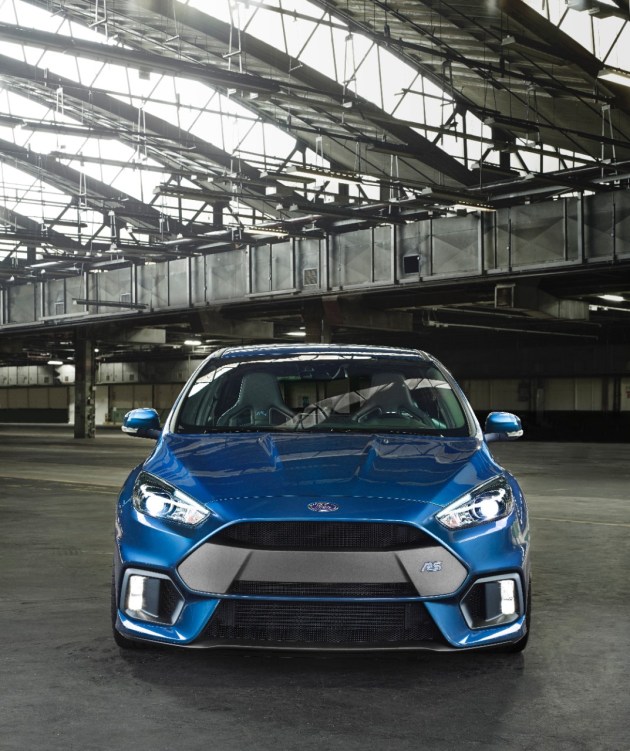 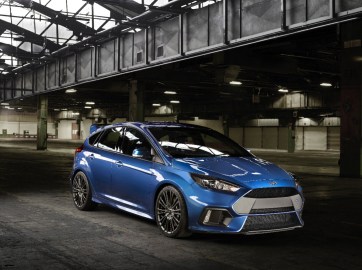 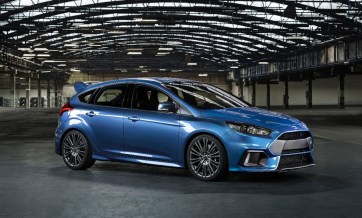 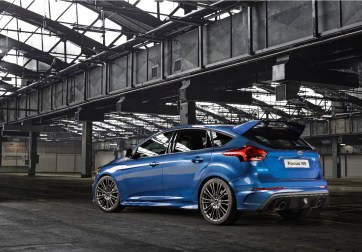 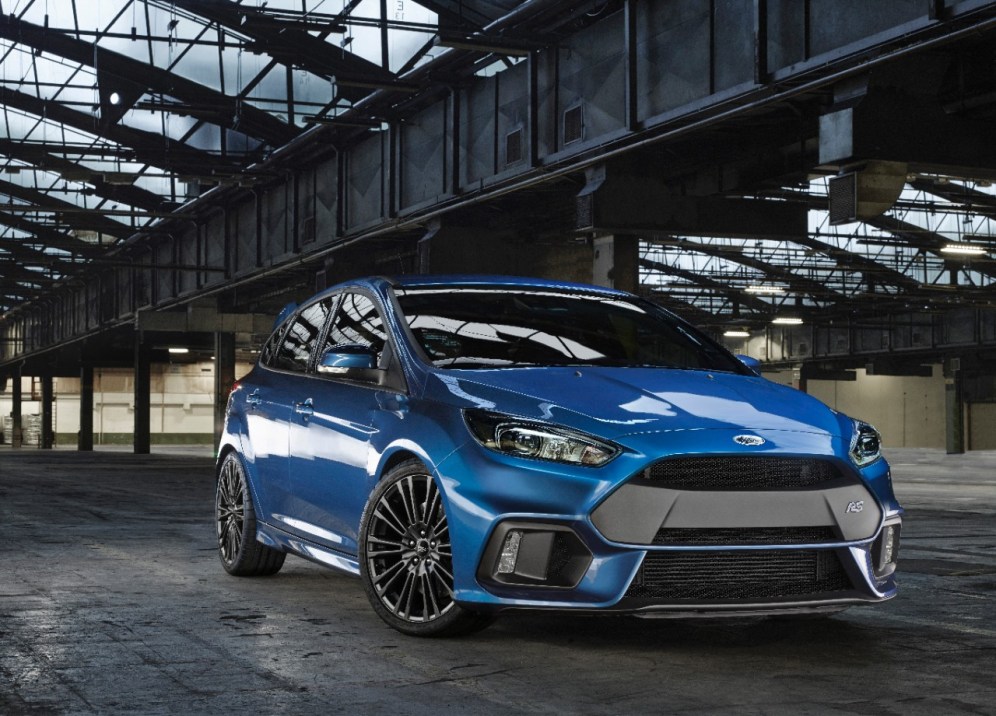 [Earlier in the day] The Ford Focus RS looks meaner than I had thought. This first leaked image comes courtesy of EVO. Unsurprisingly, the website has taken down the article for the time being, until the car is launched. They’ve most probably received a call from Ford who are trying to keep things hush hush ahead of launch.

In news just coming in, the 2016 Focus RS is going global, which means along with the Mustang, Ford will also offer the new Focus RS in various other markets around the world.

Ford has released the first teaser video of the upcoming Ford Focus RS. As per the video, the sports hatchback is set to debut on February 3, 2015. Oh yes, and it drifts! 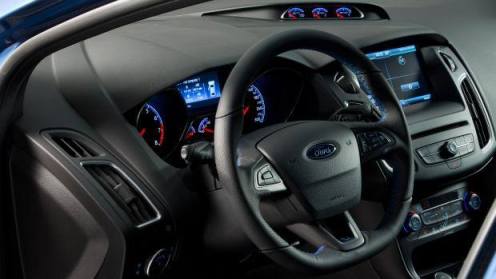 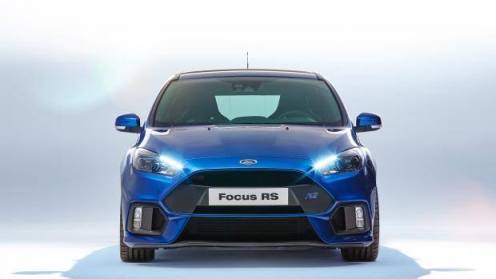 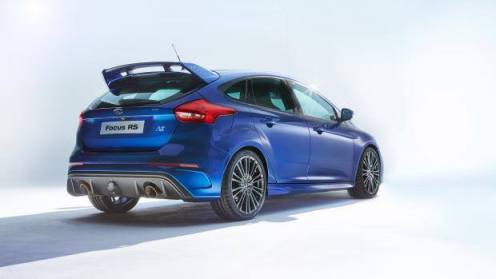 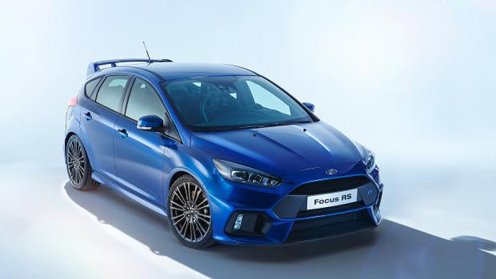 [Dec 11, 2014] In latest news coming in via Twitter, Ford top-exec Mark Shields has confirmed to Autoweek’s Jake Lingeman that the next Ford Focus RS will be sold in America. Yes, that’s correct. The 350 hp hot hatchback will be available in the US market along with Europe. The 2016 Ford Focus RS will be powered by a 2.3-liter EcoBoost engine from the Mustang and will feature all-wheel drive. 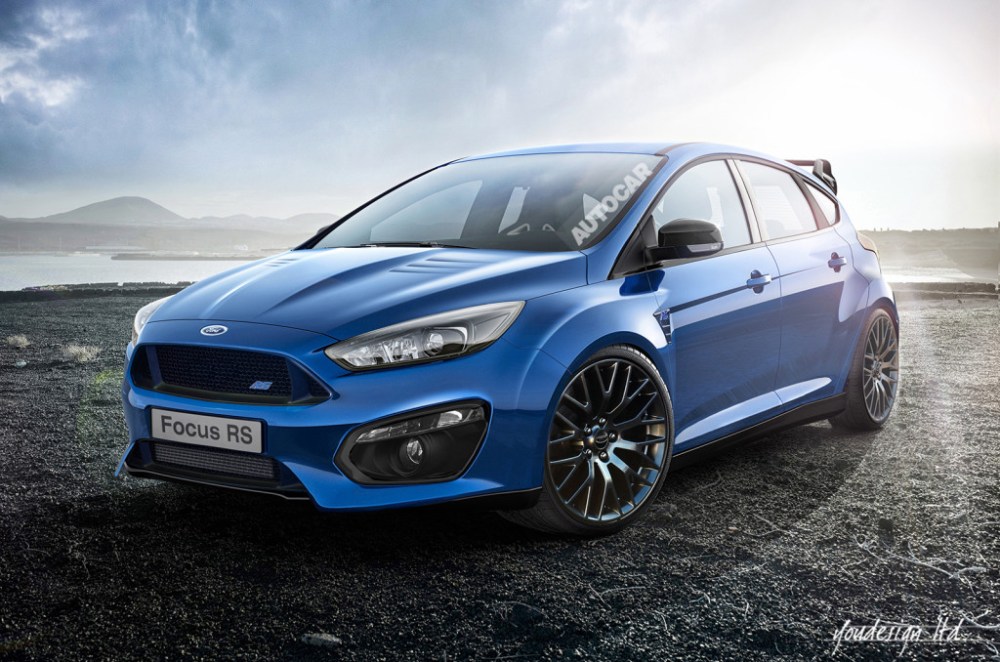 [Aug 30, 2014] So Ford is making the ultimate hot hatchback. Until now, the Ford Focus RS was only offered in select markets in Europe, but this could change soon. The 2016 Ford Focus RS will be available for customers in the US but in limited numbers. The new super hot hatchback will also be unique compared to its predecessors.

The new Ford Focus RS will use a 2.3-liter EcoBoost engine at its heart and will feature all-wheel drive- much like its rally-going counterpart. The 2.3-liter turbocharged unit could produce anywhere between 320-350 hp and is the same engine that will also be offered on the 2015 Ford Mustang. 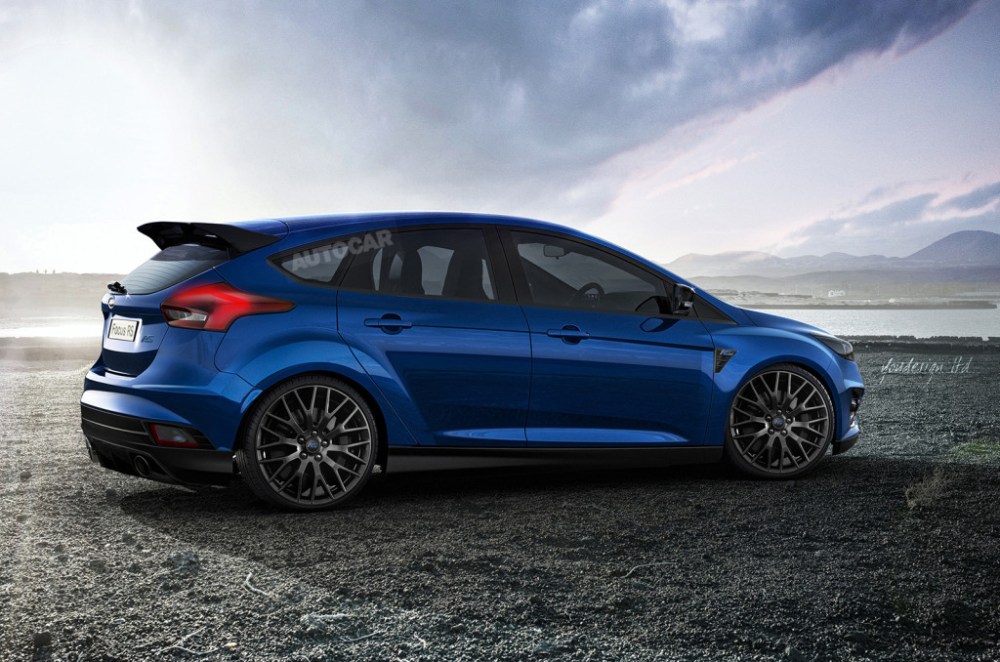 So, it is safe to say then, that the 2016 Ford Focus RS will have an engine from the 2015 Mustang and all-wheel drive. How about that? Ford will be aiming at the VW Golf R which also comes with all-wheel drive and other go-faster bits. That said, compared to the subtle styling of the Golf, the Focus would more noticeable with its wide wheel arches and spoilers.