Last week, a cargo ship carrying 4,000 vehicles caught fire off the coast of Portugal. At the time, reports were suggesting that the ship’s cargo comprised of Volkswagens and Porsches. We can now confirm that the blaze claimed some Lamborghini supercars as well.

The US-bound cargo ship named Felicity Ace was transiting the Atlantic ocean en route Rhode Island in the US. The fire started in one of its cargo holds and soon engulfed the brand new cars, including a few Urus SUVs, Huracans and Aventadors. Lamborghini has confirmed that the cars have been damaged beyond repair. It’s certainly bad news for US customers who have been eagerly waiting for the delivery of their Aventador Ultimae. 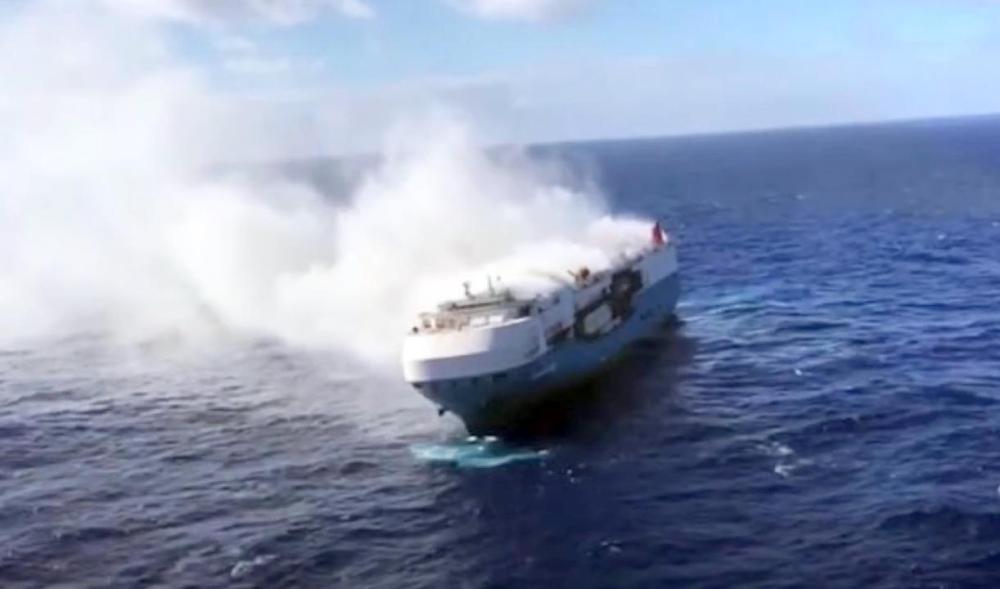 As reported earlier, the majority of the vehicles on board were Porsches. There were 1100 of these at the time. The ship was also carrying 189 Bentleys and around 100 Volkswagens including the Golf R, Golf GTI, Arteon and ID.4 models.

The incident came to light when the ship sent out a distress signal. The Portuguese navy and merchant ships that were in the vicinity were able to rescue the 22 crew members. However, it would take much longer for the fire to be contained.