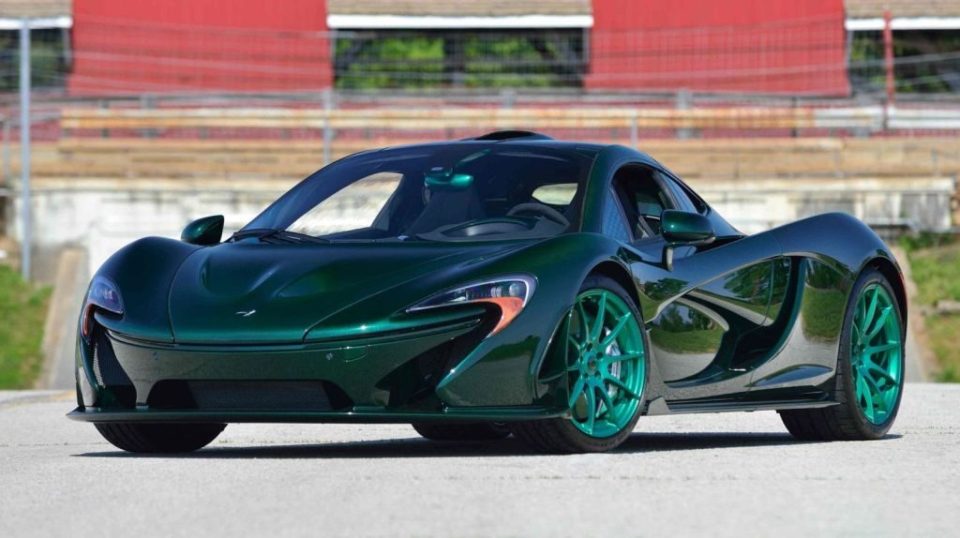 If it’s a rare exotic with low miles and a great history, one can expect it to sell for a handsome sum. Sadly, it wasn’t to be in the case of this unique green carbon McLaren P1. The car was auctioned at Mecum Auctions event held during the Monterey Car Week for just $1.85 million. That’s way under the $2.5 million estimated value.

A unique green McLaren P1 will be auctioned off at the annual Mecum Auctions event at Monterey in August. This one-off McLaren P1 wrapped in bare carbon fiber body is expected to fetch upwards of $3 million.

McLaren initially built 375 units of the P1. This particular example is Serial no. 000002 and the earliest cars to be offered for sale in recent times. It has also been to McLaren Special Operations for that unique green carbon fiber lacquer tint. McLaren built around 4-5 examples with exposed carbon fiber exterior and this is one of them rare few. Everything from the interior to the front splitter and rear diffuser is color matched. Even the wheels are painted in the same shade of green. 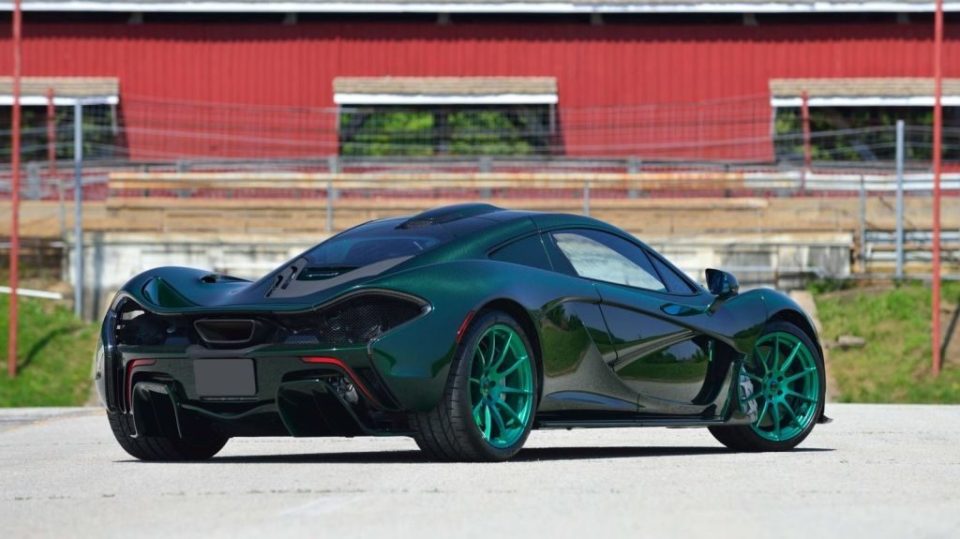 A single owner with just 576 miles on the clock, it’s a supercar worth every penny. Under the fancy bodywork is a 3.8-liter twin-turbo V8 engine and a hybrid system that deliver a combined output of 903 hp. The powertrain is mated to a dual-clutch transmission that helps accelerate the car from 0-60 mph in 2.7 sec. The P1 rides on a unique RaceActive chassis control which makes it one of the most comfortable supercars around. It also has a Race Mode which drops the ride height and extends the active rear wing for maximum downforce. 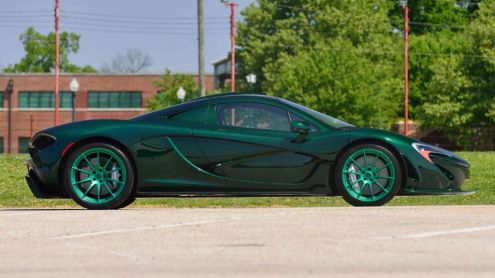 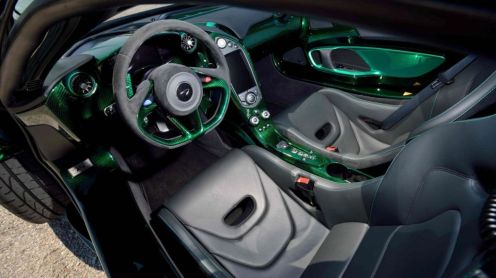 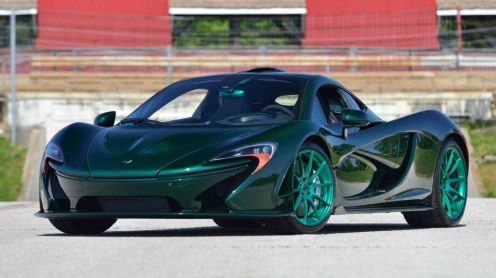 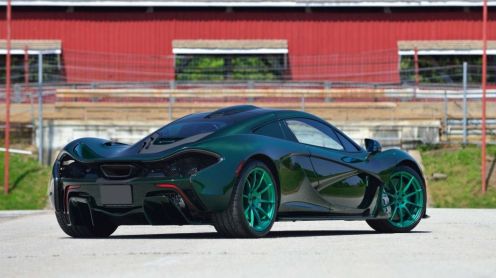 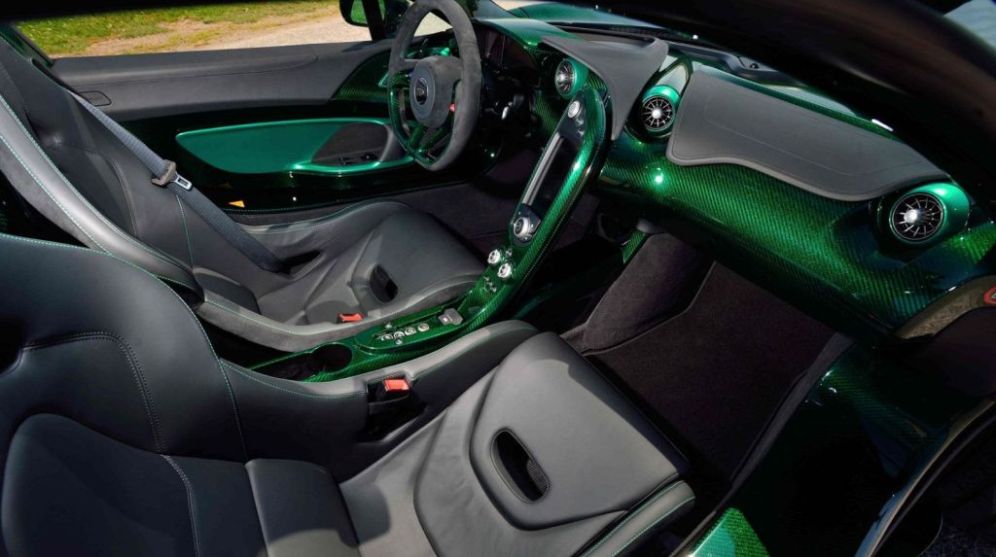