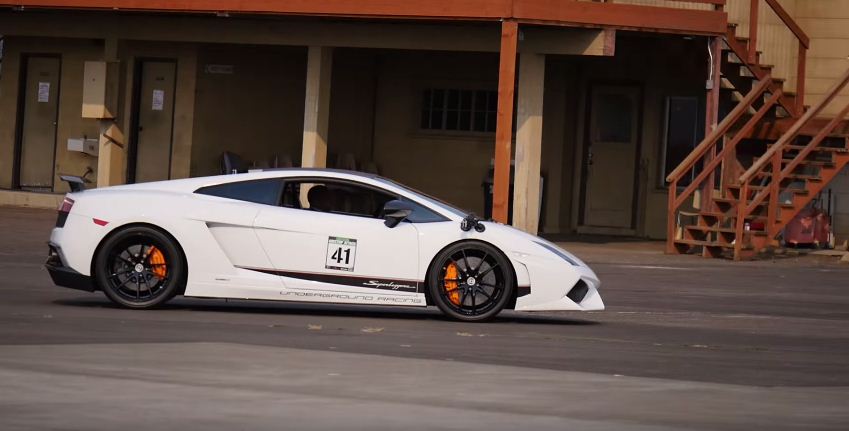 The Lamborghini Gallardo may have gone out of production, but for folks at Underground Racing it continues to offer a fantastic platform for their twin-turbo conversions and record-breaking machines. The replacement for the Gallardo- Lamborghini Huracan has 610 hp and is much quicker than its predecessor.

However, if you happen to own the old beast, you do have the option of doubling the output. One such twin-turbo Gallardo LP570-4 Superleggera made history by setting the fastest speed over a distance of half a mile.

The record-setting 2011 Lamborghini Gallardo was powered by a V10 engine bolted with UR X Package Twin Turbo System by Underground Racing and producing well over 1200 hp. In the hands of the owner Gidi Chamdi, the Twin-Turbo Gallardo blitzed past the 1/2 mile marker at 234.86 mph- quickest of the day and setting a top speed record as well.