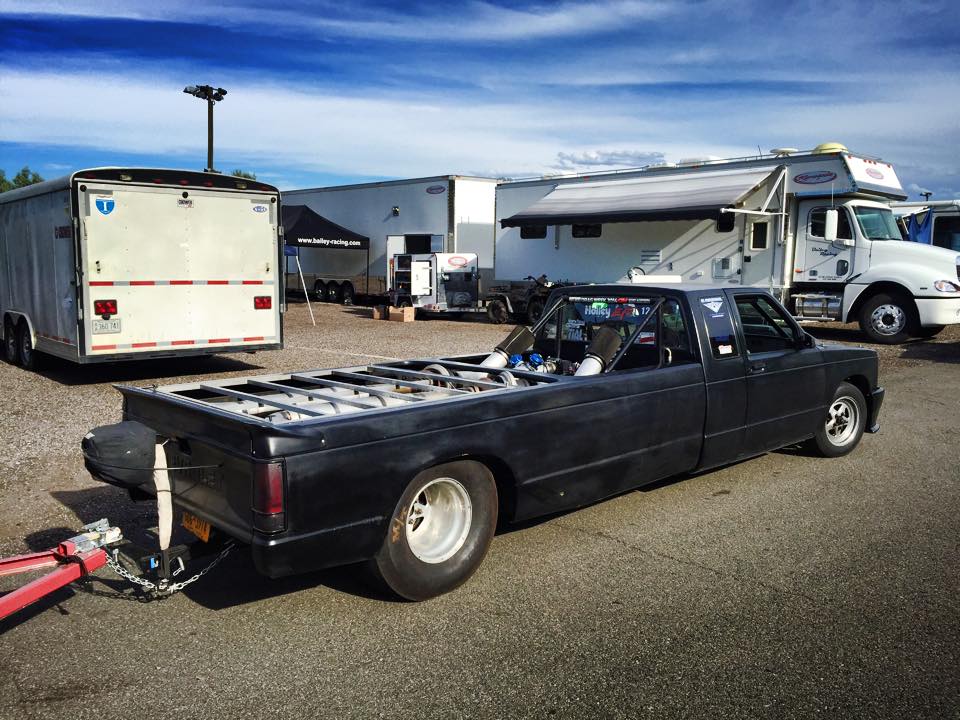 There is good reason why this Chevy S10 is called ‘WTF Truck’. For starters, it has been stretched to the size of a school bus and has the engine in the middle. It has to be the craziest Chevy S10 ever and that’s without considering the engine that powers this weird machine.

The loading bay carries a 580ci motor built by Chevrolet that has been spiced up with two turbochargers. Although the power output is not known, the truck is expected to clock under-10 sec times on the drag strip. In fact, given the nature of the engine and grip levels thanks to an ideal weight distribution, an 8 sec run is also believed to be possible.

I don’t care if this Twin Turbo Chevy S1o isn’t able to clock a sub-10 sec time because for me, it is already a winner. The crazy setup makes it cooler than the most powerful and the loudest of the lot. Seriously,  WTF Truck!