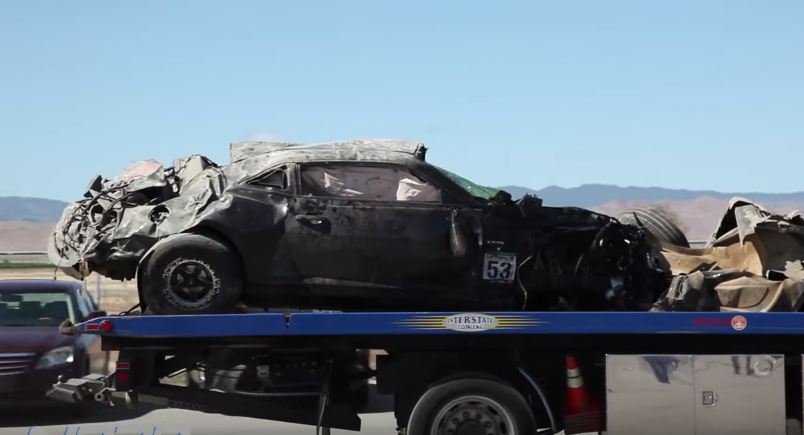 This guy turned up in a twin turbo Camaro at a Shift S3ctor event. But, little did he know that his high speed run would end up in tragedy.

The Twin Turbo LSX Chevrolet Camaro was doing 200 mph when things went horribly wrong. The car spun out and dug into the dirt on the side of the airstrip. This caused the car to roll multiple times before coming to rest. On-board cameras recorded the full ordeal.

Fortunately, no one was seriously hurt. That said, the intensity of the crash left the passenger unconscious.

The violent crash has put the Camaro out of action. But, despite the accident, the driver of this Camaro went home with the first place trophy. The prize money would be probably spent rebuilding the car for the next event.