TVR – for those who don’t know, is a British car company with a glorious history of high performance sports cars which unfortunately went bankrupt multiple times. Thankfully, with partnerships with the likes of F1 legend Gordon Murray and engine builder Cosworth and a renewed philosophy at the helm, the company which is as old as Ferrari is eyeing resurrection. 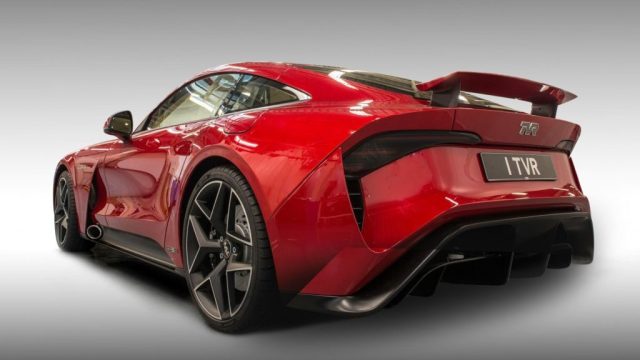 The first car to come out of the renewed company is the TVR Griffith. The long awaited sports car was finally shown at Goodwood Revival. Revealed after three years of development, the car comes with a Ford-sourced 5.0-liter V8 tuned by Cosworth to produce 500 hp. The engine is coupled with a 6-speed manual transmission. TVR has a history of Light weight sports car and the Griffith continues the legacy, tipping the scale at just 1250 kg (2755 lbs). Weight distribution is a perfect 50/50 and the company has also managed to achieve its goal of 400 hp/tonne power to weight ratio. 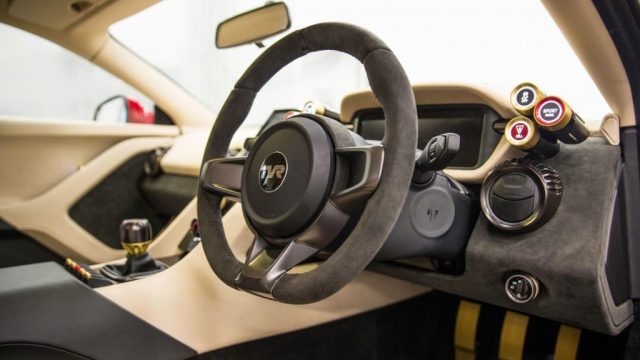 The car is smaller than both its main rivals, the 911 and F-type. The chassis utilizes Gordon Murray’s iStream process. The chassis comprises of carbon-fiber panels bonded onto a steel frame which gives it impressive rigidity. The bodywork is also made out of carbon-fiber, keeping weight in check. While performance data hasn’t been released, the TVR Griffith is expected to be quick on its feet. That said, the company does claim a top speed of 200 mph! 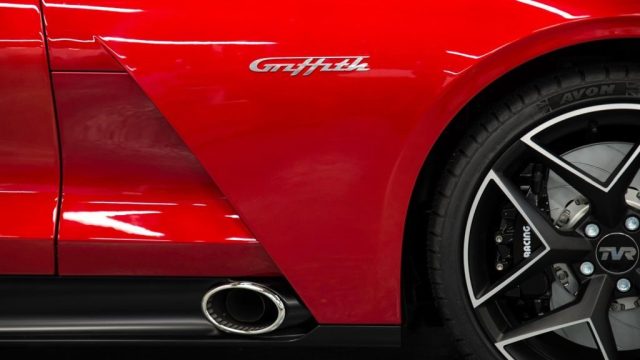 The Griffith rides on 20-inch rims shod with 275/30 section tires in the rear and 19-inch front wheels wrapped in 235/35 section tires. Braking duties are handled by 370 mm ventilated discs in the front and 350 mm discs at the rear.

The interior features few buttons and a portrait-style infotainment system, coupled with a digital instrument cluster for a distraction free, driver focused environment. Unlike previous TVRs, the Griffith does have ABS and traction control. 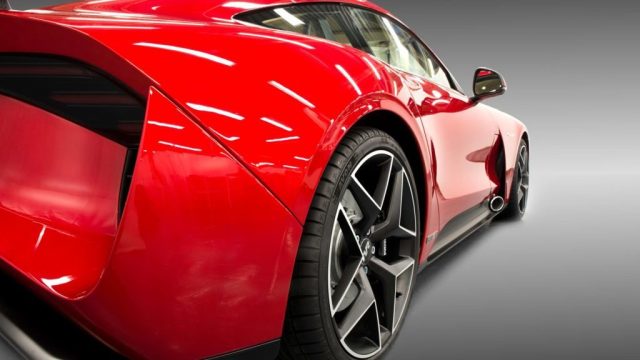 “This is the culmination of nearly three years of tireless work and we’re all proud as punch,” TVR boss Les Edgar said at the event. “The Griffith is unmistakably a TVR, a British muscle car that’s as awesome and brutal as it is charismatic and refined.”

The first 500 Griffiths will be badged as Launch Edition cars and will come with special configurations and bespoke colors. The launch edition Griffith is priced at under £90,000 (US$ 119,000 approx.). Deliveries will start in the first quarter of 2019.

With the industry moving towards electrification and autonomy, It will be interesting to watch how TVR establishes itself as the maker of conventional high performance sports cars. 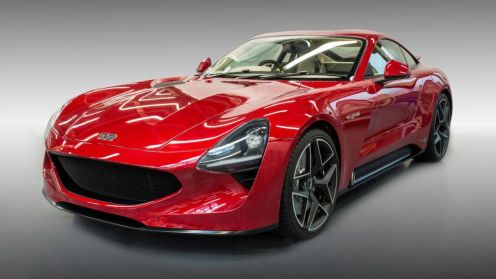 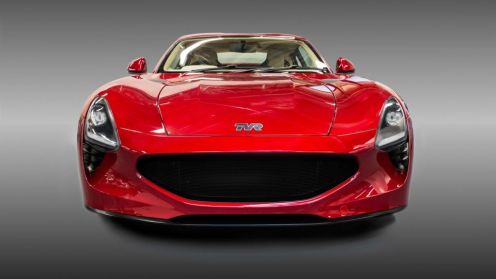 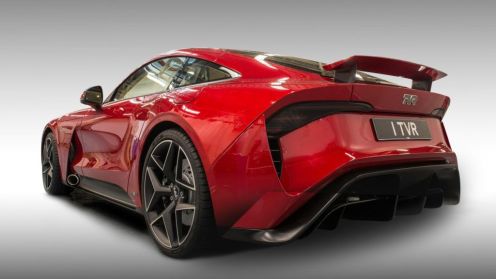 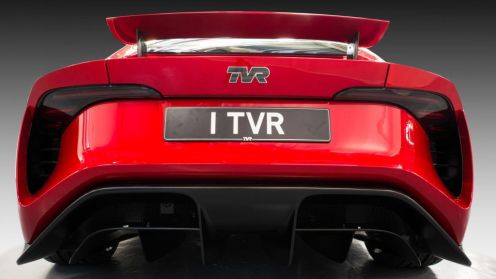 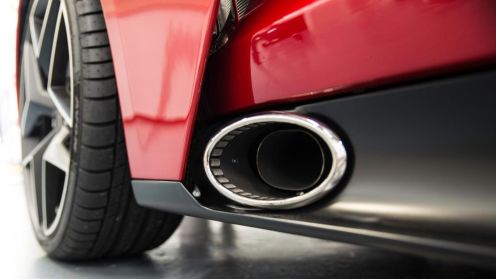 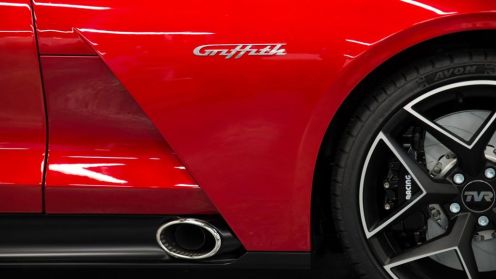 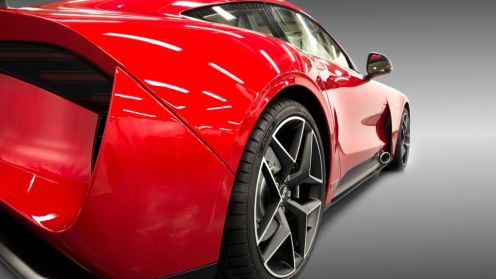 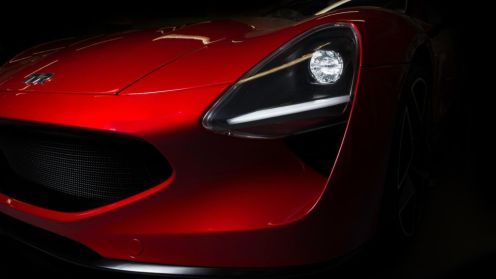 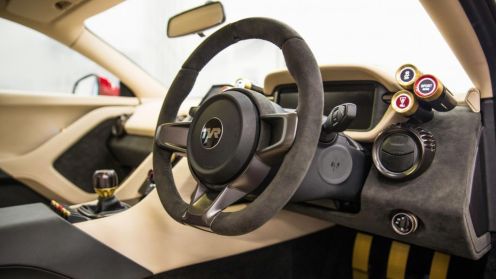 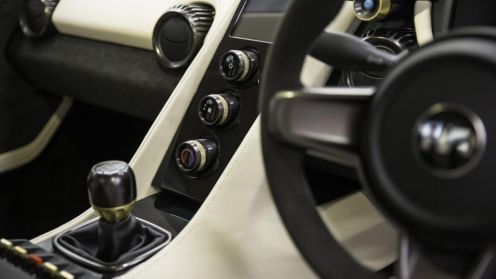 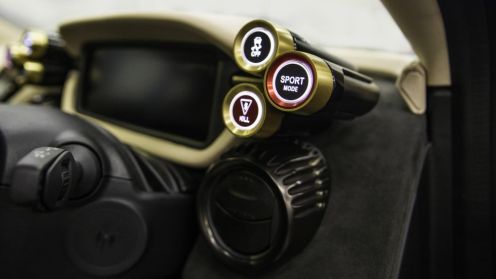 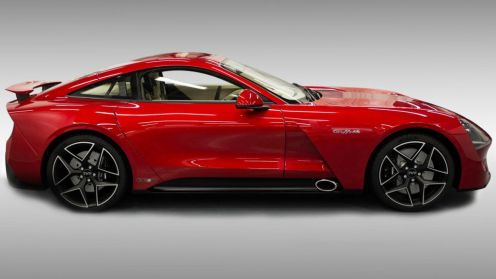