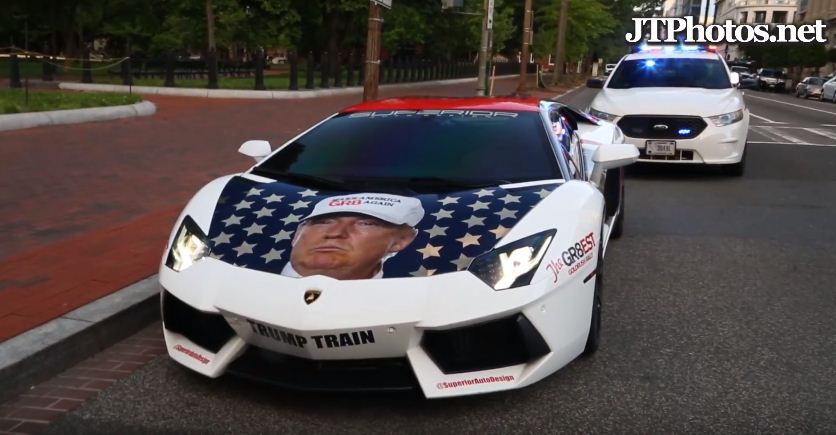 I know it sounds weird but the award for the best supercar wrap goes to the Lamborghini Trumpventador that has man’s face on it.

Donald Trump’s unofficial campaign car paid a visit to Washington DC and the White House as the 2016 Goldrush Rally makes its way across the country.

We have seen some crazy wrap jobs on the GR8 but the Trumpventador with Donald Trump’s face stuck to it has to be the GR8est. A standard Aventador is enough to attract attention. But, when the Trump Train came to DC, even the Secret Service stopped by to take a look at it.

Trumpventador pays a visit to the White House: