That's one car each from 4 out of 5 movies directed by Michael Bay!

GM has decided to unload its collection of Bumblebee Camaros at this month’s Barrett-Jackson Scottsdale auction.

The Transformers franchise has received a soft reboot with the latest installment – Bumblebee. Unlike the previous movies in the Michael Bay-directed Paramount series of sci-fi flicks based on the Hasbro toy line, Travis Knight’s Bumblebee has opened to universal acclaim. It’s taking a while to pick up momentum at the box office. But Bee will turn out to be a sleeper hit since it’s yet to open in markets like China.

Director Travis Knight’s reboot is a nostalgic tribute to the cartoon series from the 80s and the decision to take the characters back to their roots saw a major change in the robot designs and vehicles. This meant that the 1987-set Bumblebee movie saw the Chevrolet Camaro making an exit as the titular character’s vehicle mode. Staying true to the source material, the VW Beetle stepped into the role. 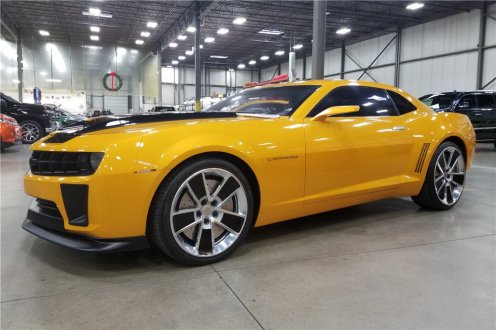 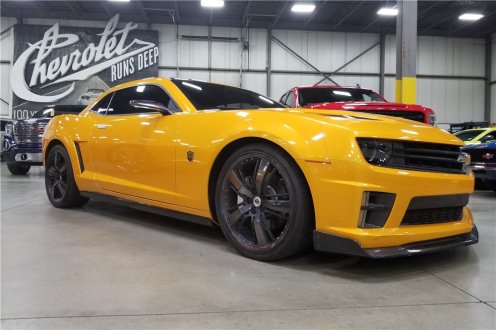 This may not have sat well with GM/Chevrolet as they have now placed 4 movie cars which starred in the Revenge of the Fallen, Dark of the Moon, Age of Extinction and The Last Knight on the Barrett-Jackson Scottsdale auction. The auction is scheduled to take place this month. 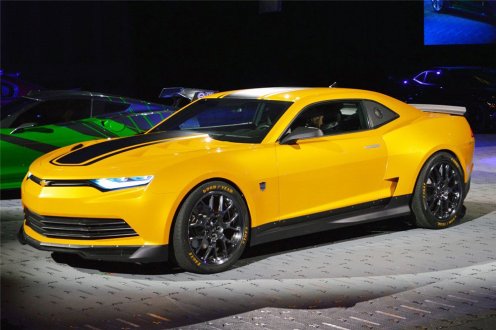 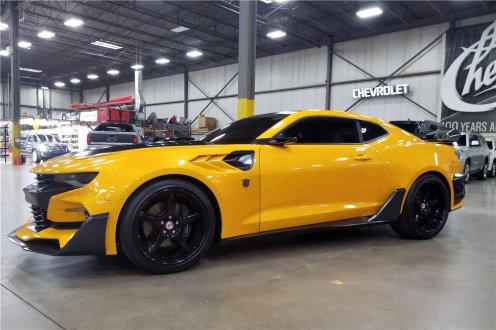 All 4 Camaros are being auctioned off together as a collection. Sadly the winning bidder won’t be able to drive these on public roads as none of the cars are street-legal. Though there aren’t many details available at the moment, these movie cars come powered with V8 engines, mated with an automatic transmission and power is directed to the rear wheels.

The proceeds from the auction will go to Operation Homefront – a national non-profit organization with a mission to build strong, stable, and secure military families, so that they can thrive in the communities they have worked so hard to protect.

The Transformers franchise and the Chevrolet Camaro have played a crucial role in each other’s success. The first Michael Bay-directed Transformers movie was instrumental in making the new-generation Camaro an icon in both US and international markets. GM, on the other hand, made a significant contribution to marketing the movie worldwide. It’s indeed sad to see them parting ways. But it’s also refreshing to see a new era of “certified fresh” Transformers movies with humor, heart, and action in theaters.