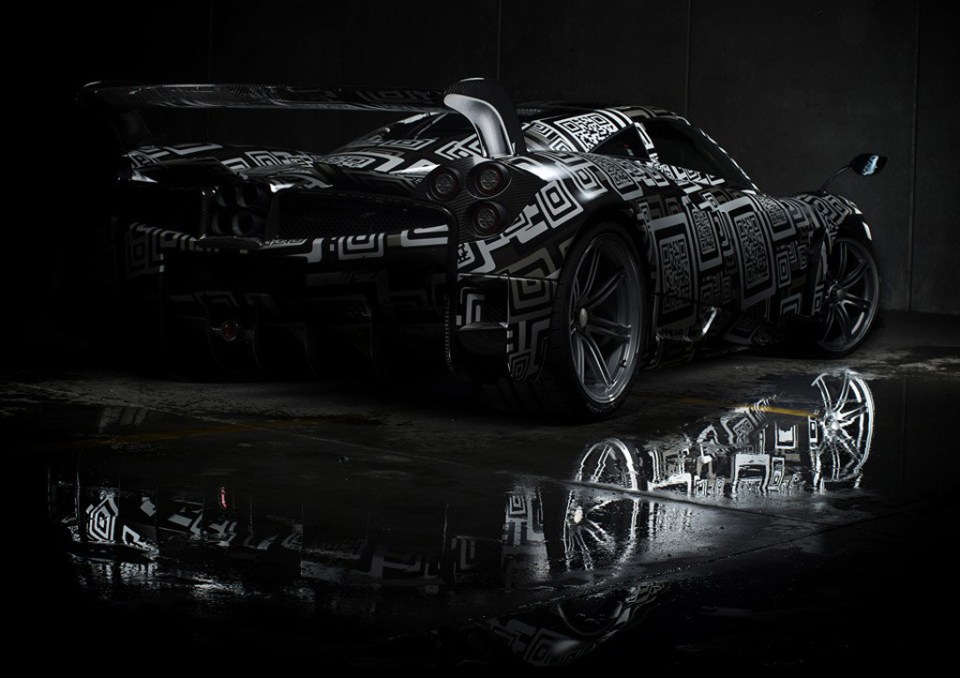 Automobili Pagani has released a teaser image of their upcoming track-focused Pagani Huayra. Dubbed ‘Huayra BC’, this new model is based on the standard twin-turbo AMG V12- powered supercar but has been tweaked for track use. It’s like a Zonda R but with more than 720 hp and a massive increase in aerodynamic performance. We just can’t wait to find out how quick it is around the Nurburgring.

The Pagani Huayra BC was earlier spotted a couple of times by spy photographers based around the Pagani factory. The car has also been around a race track in the hands of their test driver. Despite the camouflage, it certainly looks more hardcore than the standard Huayra. While the engine powering the Huayra BC will be the same AMG V12 with twin-turbos, we expect peak output to rise by a substantial figure.

Unlike the standard Huayra, the hardcore version of supercar comes with a fixed rear wing which should have effect on its top speed. That said, we’re sure it will easily crack 200 mph under full boost. Another change is that it rides on redesigned center-locking lightweight wheels with massive footprints.

Pagani recently tweeted a picture of their upcoming supercar with the #huayrabc and we are still scratching our heads trying to find the meaning of this abbreviation. The Pagani Huayra BC will debut at the 2016 Geneva Motor Show.