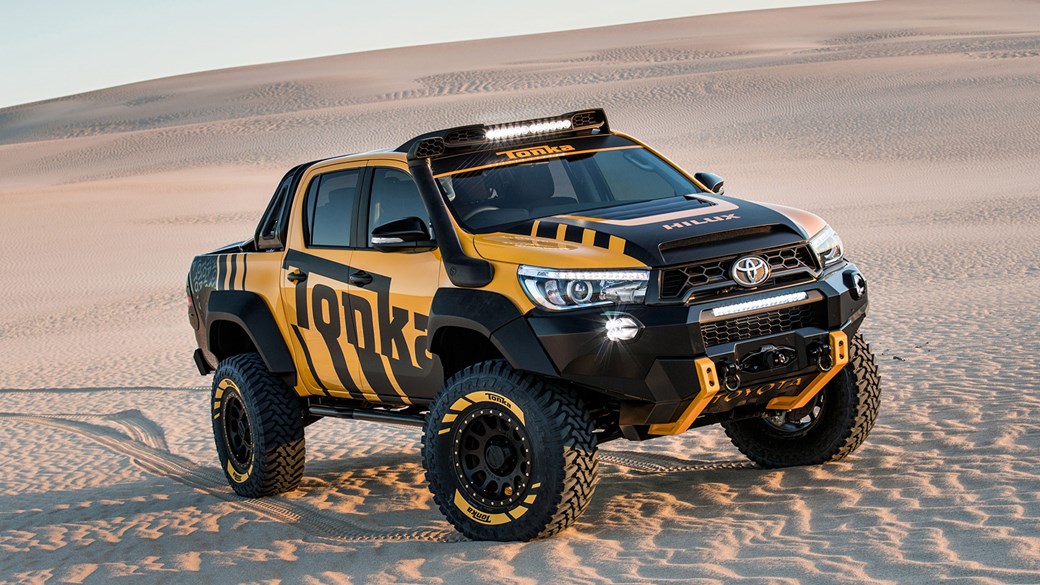 Toyota Australia has teamed up with toy maker Tonka to create this one-off truck. It’s called the Toyota Hilux Tonka Concept and it’s quite literally a toy for grown ups.

Sadly, Toyota won’t be putting it into production. It’s a one-off concept built to celebrate the success of the Hilux pickup truck down under. They approached Tonka when the Hilux was named country’s best selling vehicle in 2016.

The Toyota Hilux Tonka Concept is based off a top-spec Hilux SR5 double-cab. It is powered by a 2.8-liter turbocharged diesel engine. It rides on 35-inch off-road tires and the bespoke suspension gives it a max ride height of 150 mm.

But, the looks are what makes it so special. Clearly, the bodywork on this Hilux is nowhere close to stock. The massive tires need extra-wide fenders, there are additional air scoops and a snorkel, it has a carbon fiber bonnet, tubular side rails, a bull bar with additional lighting and a sump guard.