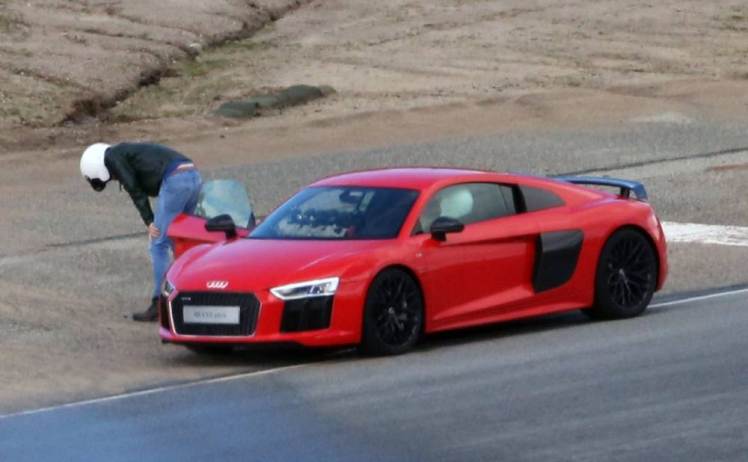 Top Gear presenter Chris Evans got car sick while filming in California. Chris was in an Audi R8 V10 Plus which was being driven by co-host Sabine Schmitz.

Filming of the upcoming season of new Top Gear is currently underway at the Laguna Seca race track in Monterey, CA. Apparently, Sabine being a pro-racing driver was driving the Audi R8 V10 Plus a bit too fast for Radio 2 DJ’s liking. 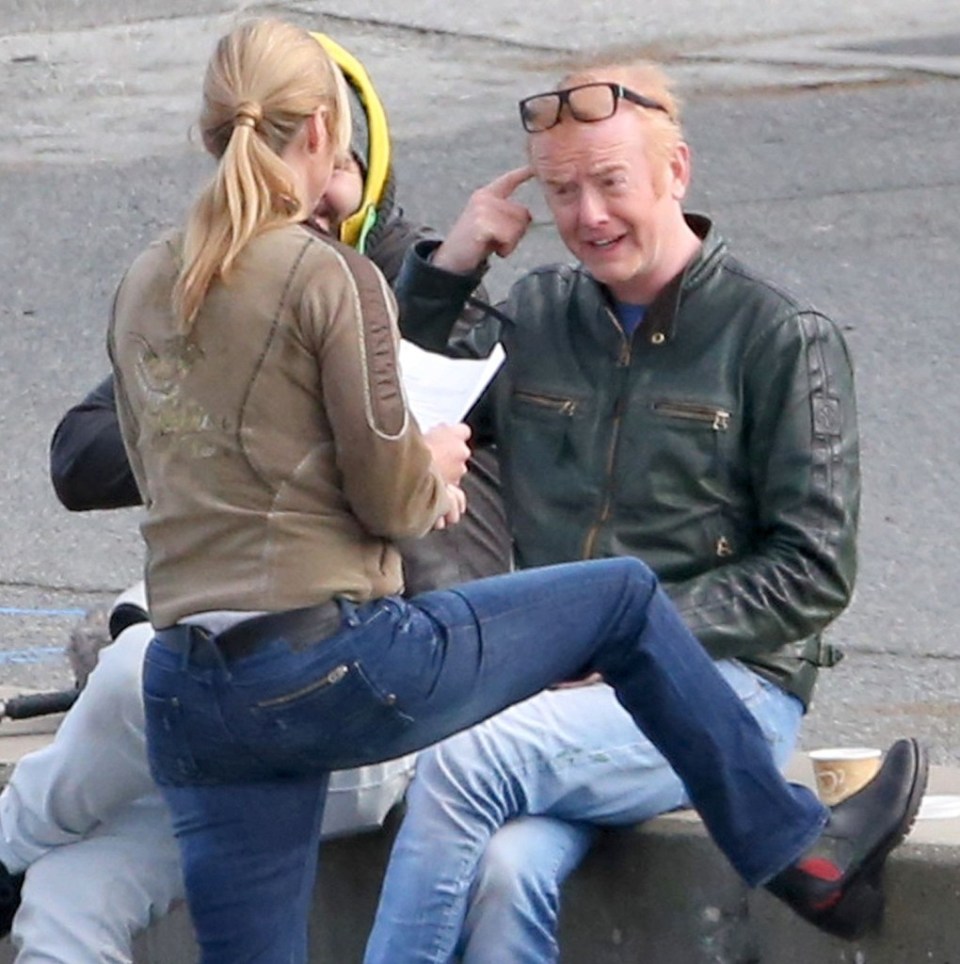 She had to stand on the brakes to bring the car to a screeching halt to allow the BBC Radio 2 DJ to clamber out before he could spill his bowels all over the interior of the Audi. 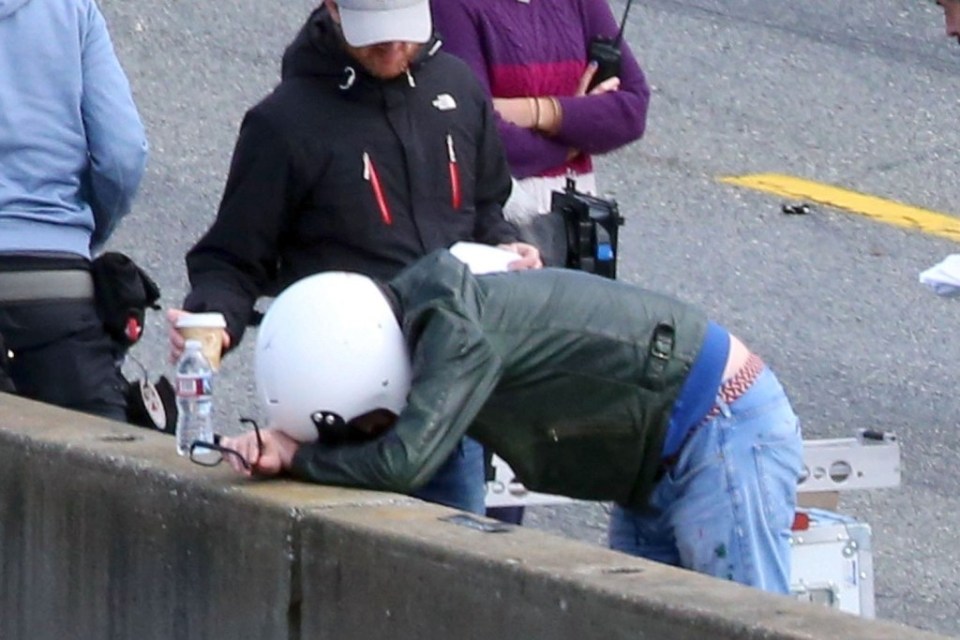 The images featured here come courtesy of The Sun who seem to be closely following the Top Gear crew after what could only be described as a difficult start to the new year for new Top Gear. BBC was having a tough time finalizing the hosts for the revamped series following the exit of Jeremy Clarkson, Richard Hammond and James May. 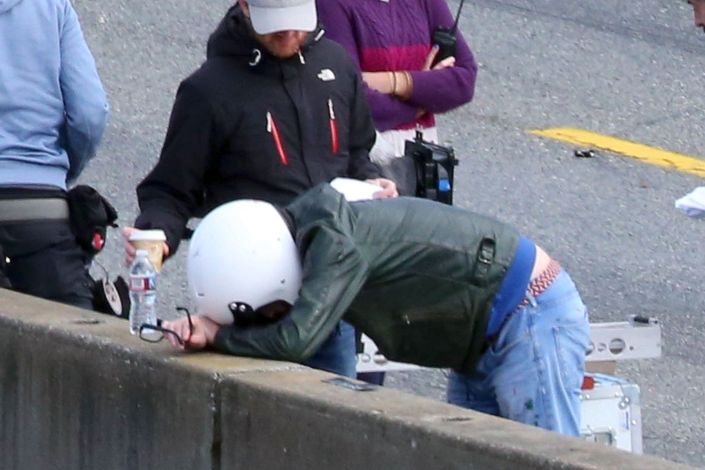 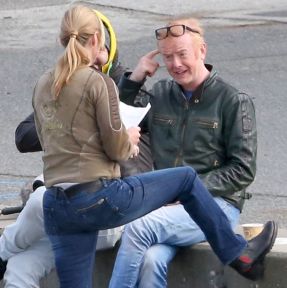 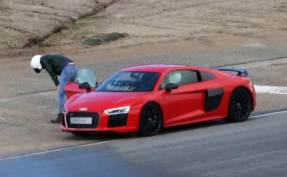