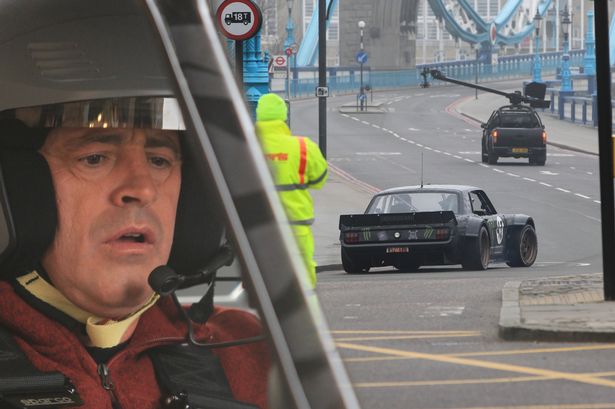 London woke up to the sound of the 845 hp Hoonicorn Mustang recently. Ken Block was in town to shoot an episode of new Top Gear.

Matt LeBlanc was seen filming alongside Ken Block with the Tower Bridge providing a perfect Gymkhana-style backdrop. While, we are all excited about new Top Gear, commuters in London however were apparently annoyed as various roads were closed down to facilitate filming.

New Top Gear is expected to be aired in the month May in a completely new format. Matt LeBlanc of ‘Friends’ fame is part of a team of presenters which includes Chris Evans, Chris Harris, Eddie Jordan, Sabine Schmitz and Rory Reid.