This could be one of the first Corvette C8s modified for drag racing. It even has a nitrous kit installed.

Thanks to its mid-engine layout, the new Corvette C8 should have better traction compared to its predecessor. But, with a bottle of nitrous on-board, the car would need more than that for the tires to hook up with the tarmac. 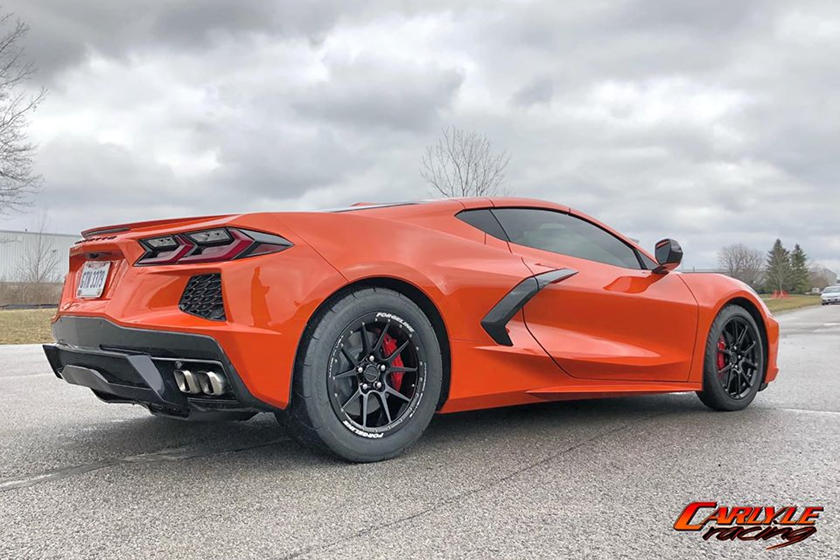 Carlyle Racing have built this drag racing C8 Corvette. The car has some beefy Mickey Thompson drag radials, while the so-called frunk houses a bottle of nitrous. It’s the mid-range 2LT version and probably doesn’t have the Z51 performance pack, which adds slightly more power and a high-downforce kit among other upgrades. 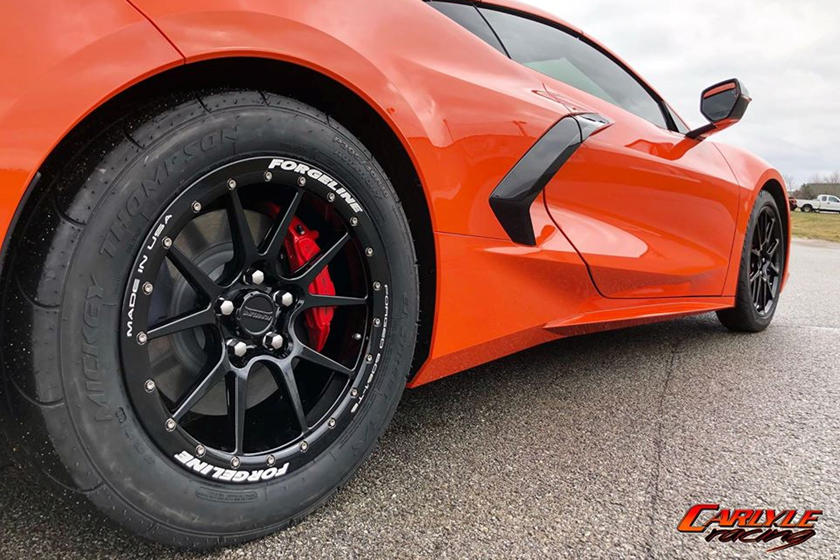 According to Chevy, the 6.2-litre V8 engine that develops 490 hp and 465 lb-ft of torque. However, when Carlyle Racing put the car on a dyno, it registered a peak output of 440 hp (at the wheels). We’re not sure how much boost a shot of nitrous would provide though.