A rather colorful Lamborghini Sian landed in Florida earlier this week. Let’s just say, it’s the most unconventional spec we’ve seen so far.

The owner of this Sian has certainly been brave with the spec. The front end of the car is painted in Nuovo Bianco (white) which gradually fades into Viola Mithras (purple) towards the rear. Most of the carbon fiber around the headlights and the windshield scuttle are purple, while the aero elements like the front splitter and rear winglets are painted in Verde Scandal (florescent green). The wheels are of the diamond cut variety with brake calipers that are finished in the same florescent green as the exterior. 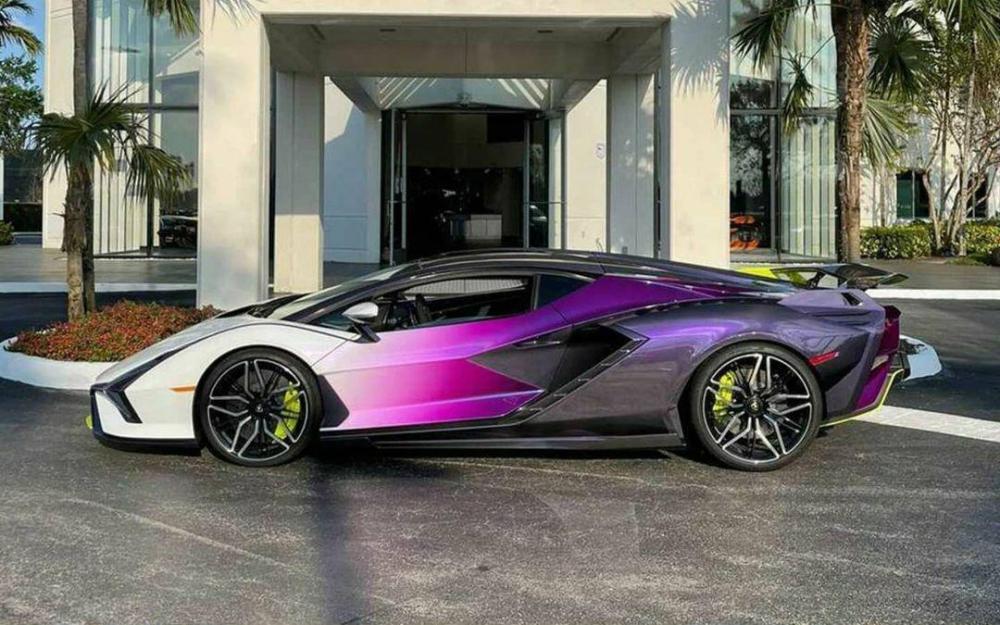 The interior is wrapped in black Alcantara with white inlays and Verde Scandal stitching. Given that it’s the Ad Personam spec, the owner of this particular Sian must have spent a bomb of the car. 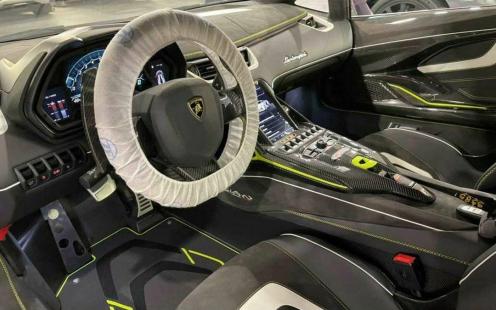 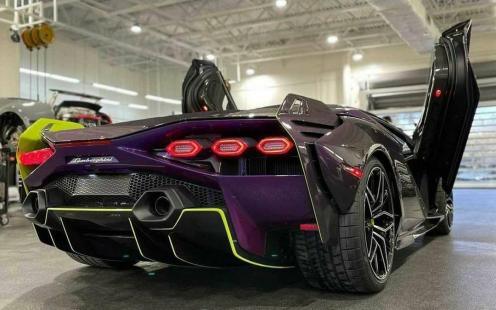 We have seen quite a few interesting specs on the Lamborghini Sian ever since deliveries began. Here’s a pearlescent matte green car from New York.