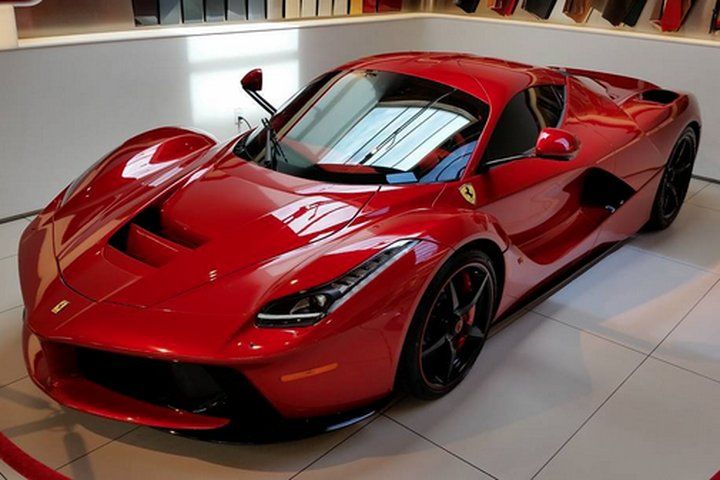 Lewis Hamilton loves fast cars. Obviously, he would, since his job involves driving a Formula 1 car every weekend at close to 200 mph. Recently, Lewis bought himself a Mclaren P1 and there had been rumors that he had ordered a LaFerrari as well. Now, according to the internet the supercar featured here is in fact Lewis Hamilton’s LaFerrari parked somewhere in a garage in Monaco.

The spec on Lewis Hamilton’s LaFerrari is like no other LaFerrari we’ve ever seen. The roof and A-pillars have been painted in the red bodycolor. Contrasting gloss black adorns the lower front bumper, side skirts and the wheels and red brake calipers. Ferrari center caps on the wheels also match the bodycolor and so does the red trim on the rim.

We expect a similar theme on the interior, however images of the cabin aren’t available at the moment. Moreover, Lewis Hamilton’s LaFerrari is powered by a 6.3-liter V12 engine connected to a hybrid drive generation a combined output of 950 hp. 0-60 mph comes up in under 3 sec and the top speed is more than his 2015 Mercedes-AMG Petronas Formula 1 car.