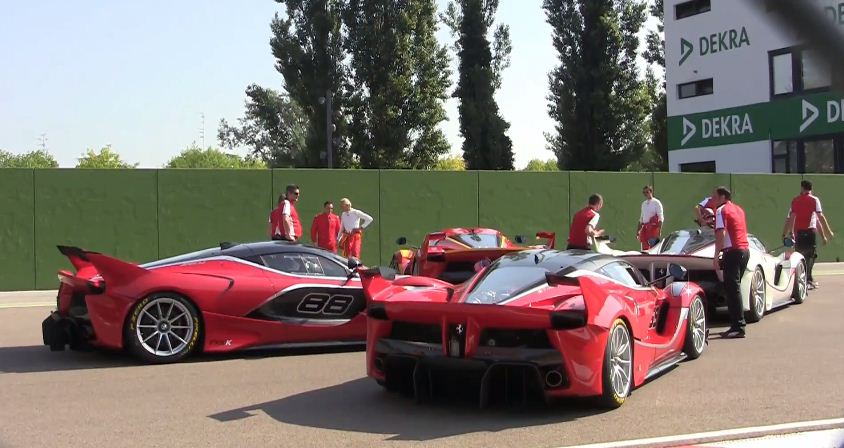 You need some skills to drive a LaFerrari FXXK and FXXK-ing rich to own one. It is built around the LaFerrari hybrid supercar but isn’t road legal. It is a race car that can be owned privately and Ferrari would be its custodian. A group of four LaFerrari FXXKs were brought down to Imola for a private track day some time ago and fortunately Marchettino was there with his video camera.

Now the visual pleasure you get by watching four of the best Ferrari track cars ever lapping a legendary circuit like Imola can’t be described in words. Add to that the aural sensation and it is like being on a dopamine trip.