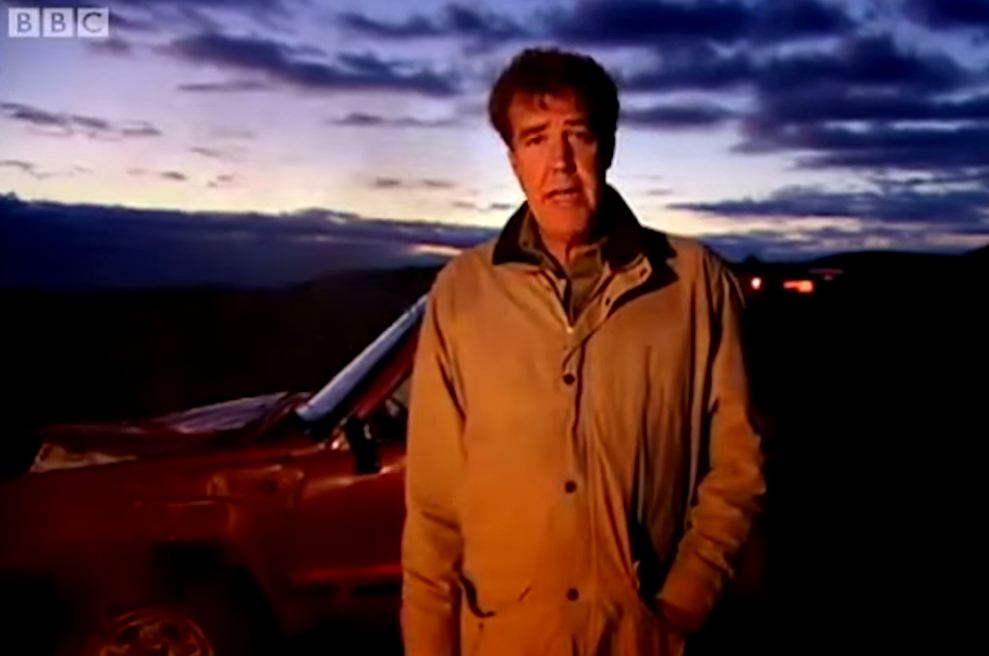 Toyota UK has put out a neat video compiling all the adventures Jeremy Clarkson has had with Toyotas throughout his time at Top Gear. The video shows clips from old Top Gear when Jeremy had reviewed the Toyota Celica. It also shows a short clip from his drive across New Zealand.

However, the most famous stories of all time has to be the one involving an old Toyota Hilux. This was the story that resulted in the new model being named “Invincible”. Top Gear later took the new Hilux to the North Pole in a race involving a modern all-terrain SUV versus traditional exploration techniques. Clarkson and May won the race to Earth’s magnetic north which Hammond lost despite being propelled by a pack of husky dogs.