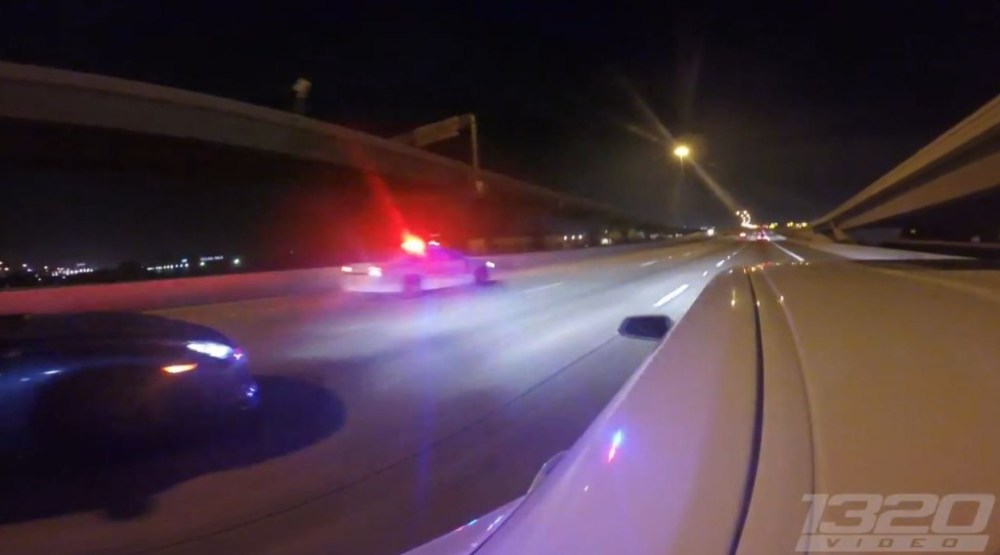 Street racing can be dangerous especially for those around you. Despite the danger, some folks do turn up to show off their machinery during in the wee hours of the night. A street racing duo was out on a Texas highway in their souped up cars. The road was clear and the traffic was light. Perfect condition for a quick drag race, apparently. The following video proves that whatever you do, always keep an eye on the rear view mirror. That’s what the other two did and pulled back. The guy in the 970 hp Ford Mustang however had little idea that a Texas trooper was behind him.

The patrol car was on him within no time as the driver of the Mustang started to pull over while the other two watched and cursed. It is interesting to see what happens next and that’s why I suggest you to watch the following video.