This is what happens when you put an inexperienced knucklehead at the helm of a Ferrari supercar. A teenager crashed his brand new Ferrari 488 GTB into a barbershop in Champagne, Illinois destroying the expensive supercar. 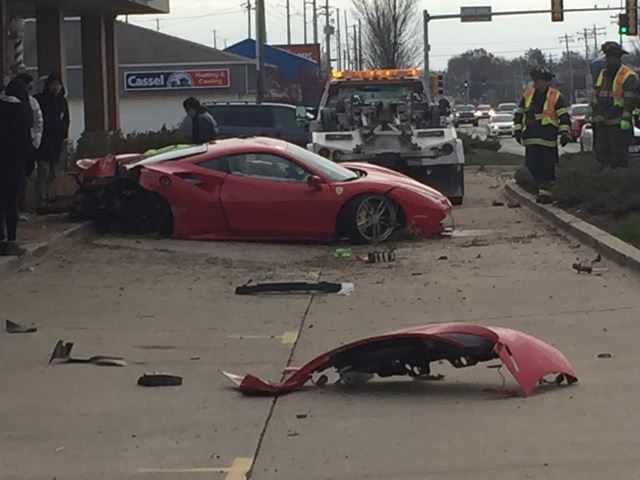 The person behind the wheel of the Ferrari is believed to be 18-year old Lima Shen. Shen has recently taken delivery of his supercar. Shen was clearly driving too fast when the accident took place. He also managed to hit an oncoming Volvo on South Neil Street. The Ferrari then managed to hop the curb and hit a roadside barbershop.

The damage to the wall of the business is estimated at $20,000. Meanwhile, the Ferrari’s rear end was completely ripped apart and will most probably be scrapped. Police booked the driver of the Ferrari for reckless driving and improper lane usage. Thankfully, no one was seriously hurt. 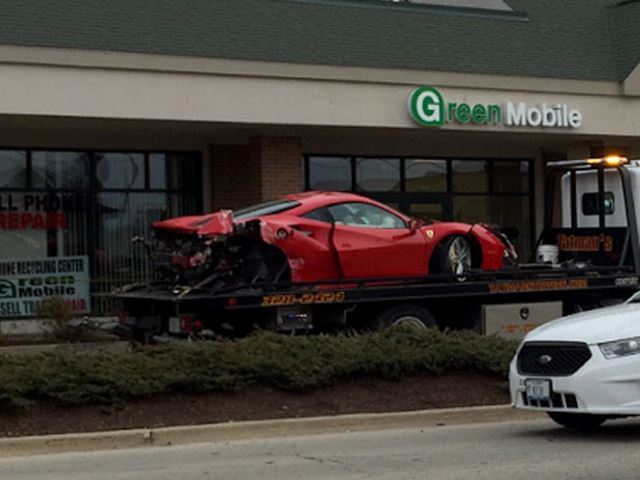 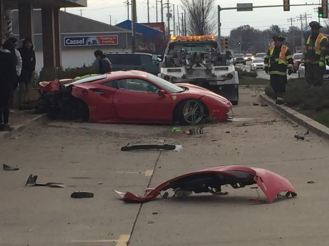 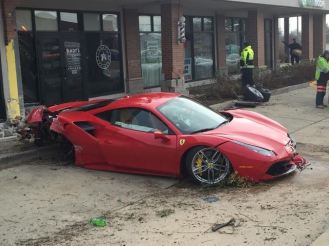