Another day, another Aventador crash. This time a white Aventador Roadster slammed into a taxi in Mexico and it wasn’t the supercar driver who was at fault this time. In the CCTV footage, the Aventador can be seen cruising down the road when a taxi inadvertently makes a turn and rams into the incoming supercar. Both the cars suffered serious damage.

The front fenders of the Aventador roadster looks completely damaged as is the case with the side skirts and the intake area. Also visible is the massive dent on the door and a bent front wheel. The taxi’s front end was also completely wrecked. 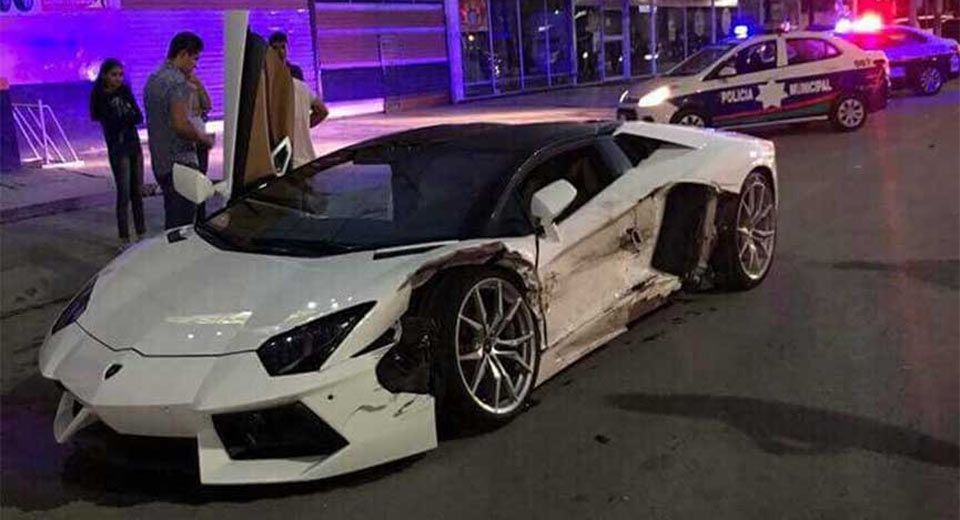 As it turns out, a police car drove off the spot just seconds before the accident and was able to come to rescue both the victims instantly. Thankfully, no one suffered any serious injury

From the footage, we can clearly make out that the taxi driver had the chance to stop but instead he kept on going until eventually it crashed into the supercar on the side which itself was being driven at decent speed. Maybe the taxi driver didn’t see the supercar coming and the Aventador driver might have expected him to stop.