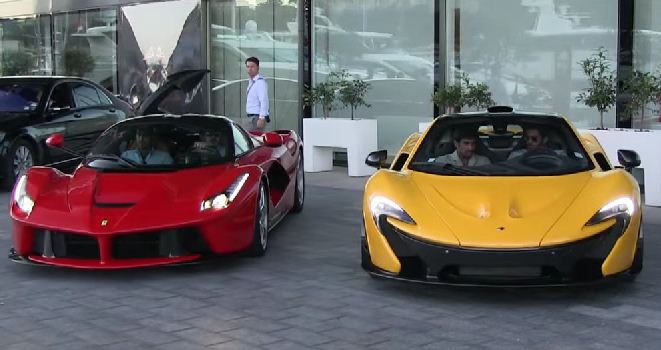 Monaco has the highest number of billionaires and millionaires per capita in the world. You don’t expect the filthy rich to go around town in a banged up Lada Riva, do you? So, high end supercars are a normal sight on the narrow by lanes of Monaco and it is undoubtedly the best place for car spotters to film the most expensive wheels on the planet.

ExoticCarSpotters was on a tour of the principality. It is “Hypercar Heaven!” in their own words. The cars they find are the best eye candy you’ll find on the internet. Compiled in a single video is a Mclaren P1, LaFerrari, Pagani Huayra, Porsche 918 Spyder, Koenigsegg Agera X, Ferrari Enzo, Mansory Bugatti Veyron and many more unique Veyron one offs, Pagani Zonda, Porsche Carrera GT and a classic GT1, Lamborghini Reventon, among loads of others.

The following video compilation is a must watch if you are true supercar fan.